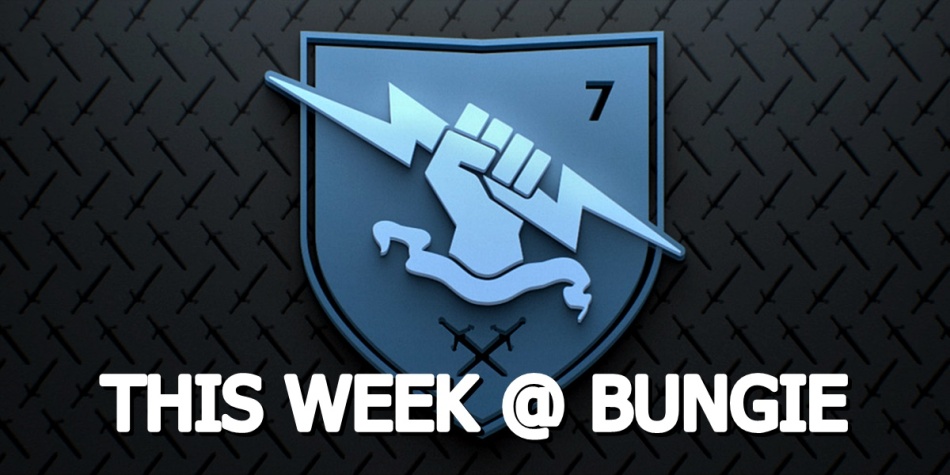 Bungie has published the final TWAB of 2019 over on their website. You can check it out here or below:

It’s been quite a year. While we continued to build Destiny 2, we began the journey to publish it as well. Since then, we’ve invited Guardians to master the Menagerie in Season of Opulence. We returned to the Moon to reunite with a familiar friend and confront new Nightmares. We repelled a Vex invasion and set off a chain of events that are currently being discovered by Guardians in Season of Dawn. With the passing of each Season, Destiny 2 has evolved.

On top of all that, we welcomed new Guardians to Destiny 2 and unified the community across all platforms with Cross Save. None of this would have been possible without you—thanks for sticking with us throughout the years. It’s hard to believe we find ourselves in the fifth year of Destiny. We’re celebrating the end of this amazing year with The Dawning, which kicked off this week.

Eva is back with her new Holiday Oven as well as new recipes and treats to deliver across the solar system. Perhaps you’ll even want to gift some to an old nemesis. Be sure to grab some Dawning Bounties; they reward both Bright Dust and Double XP! Check out this introduction to The Dawning for more info on what to expect during the event.

Next week, Lord Saladin will hold the first Iron Banner of Season of Dawn.

There will be an Armor 2.0 version of the Iron Truage set available this season. The Seasonal Pursuit to earn this armor will work similar to last Season but we have changed some of the steps and what weapons are required to gain progress.

In case you are just joining us, here is a refresher of how it all works.

If you were paying close attention to the Season of Dawn calendar you may have noticed an Iron Banner-themed Bow. That image will also show up as director dialogue in the game when Iron Banner starts next week. We were hoping to have the new Iron Banner Bow available this Season, but it had to be pushed to Season 10. Sorry about the delay, but we wanted to call it out to avoid any confusion.

We also made a change to the An Arsenal of Tricks bounty. The ability final blow requirements has been reduced by half.

Put on your most powerful gear and go control those zones!

We launched Season of Dawn last week and we scrambled the fighters to shoot down some new bugs this week. Player Support has the details.

Eva Levante is visiting the Tower once again and has brought The Dawning with her. All players can use her Holiday Oven to gather and combine materials to form gifts for vendors across the solar system. The Dawning began on December 17, 2019, and ends at the weekly reset on January 14, 2020.

For more information about The Dawning, including some handy hints on those recipes and materials, please view our support guide.

This past Tuesday, Hotfix 2.7.0.1 was released to the world and resolved several issues found at the launch of Season of Dawn, including:

As the winter season begins and 2019 comes to a close, our Player Support Team will be around throughout the holidays to review player reports and investigate the latest known issues. If you encounter issues over the holidays, be sure to follow @BungieHelp on Twitter or monitor our feed on help.bungie.net.

Players encountering other issues are encouraged to report them to the #Help forum.

Welcome to another edition of Movie of the Week. This is our ongoing tradition of picking a few of our favorite community created videos and sharing them for all to see. The creators also get a brand-spanking new emblem for being featured. When submitting a video, remember to link your Bungie.net profile in the description of the video so we can give winners their hard-earned digital goods.

Movie of the Week: That’s not how the force works.

Honorable Mention: The Future is now.

Today, we started a holiday sale on Shadowkeep and Forsaken. You can grab either for up to 40% off. The Upgrade Edition is also on sale and is the best deal if you want to pick up both. Pricing and offer availability determined by retailer.

Well, here we are, the last TWAB of the year. We’re going dark for a few weeks around the holidays, but don’t worry, we aren’t leaving the ship without a crew. Player Support will be monitoring the Help forums and community managers will be around to respond to anything that pops up. You have Season of Dawn and The Dawning to keep you warm until we kick off the new year with the next TWAB on January 9. Don’t start any countdowns, we aren’t planning a major announcement, just enjoy the Season and your holiday.

This year has been an exciting one and we have a bunch of cool stuff lined up next year too. Thanks for making Destiny the awesome evolving world it’s become.

Support Vortainment By Browsing With Brave