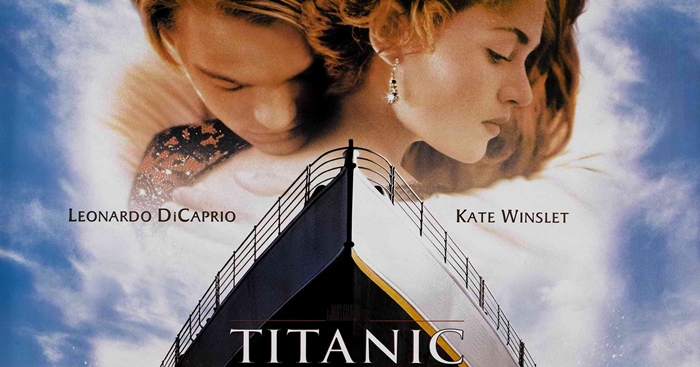 You know the story. A poor guy (Leonard DiCaprio) wins a ticket onto the “unsinkable” monster of luxury, Titanic, and then falls in love with the mentally and emotionally lost rich girl (Kate Winslet). They run the whole gauntlet to be together, which includes a snobbish mother (Frances Fisher), a spoiled rich boyfriend (Billy Zane), and oh yeah, a sinking ship (Titanic). All to be together and live happily ever after.

I joke because Titanic has the long standing reputation of being classified as a “chick flick”, all because of the central story of the movie, the love story between Jack (DiCaprio) and Rose (Winslet). But come on, there’s plenty of death, destruction and disaster for guys to like this movie too, well those guys who act like they can’t like something if it’s a love story.

Fact is, when you get past some of the often cheesy, for lack of a better word, dialogue within, you have a fantastic blockbuster of an epic movie on your hands. Would it be the record holding box office monster that is had it not been based on and bear the title of Titanic? Well I don’t think so, but it was still more than deserving of its 11 1998 Oscars, including Best Picture. A case could certainly be made for why Kate Winslet should have won Best Actress over Helen Hunt, but at least DiCaprio wasn’t nominated.

I’m not a Leonard DiCaprio fan, something about the guy just doesn’t allow for me to like him. With that said, he played his role as Jack Dawson very well, and gave arguable his best performance to date (review written in 2006), short of his starring role in Catch Me If You Can and The Aviator. To be honest though, while his delivery was fine, the dialogue he was given to work with left something to be desired.

Kate Winslet on the other hand is almost brilliant as the elegant and sophisticated Rose, and of course Winslet as gorgeous in the film (and yes guys, she’s nude in the film for a few seconds). The rest of the cast, from Paxton to Bates and everyone in between, all do a wonderful job.

James Cameron’s directing of this masterpiece was outstanding, some might even say it’s his best work. The special effects were perfectly done, as was the entire chaos filled scenes that begin shortly after the ship hit the iceberg.

There’s more than enough in this super long movie for everyone, whether you like the love story of Jack and Rose, Kate Winslet’s breast, the sinking of the unsinkable, and thousands of people dying (including Jack Dawson). It should be in your DVD collection, as it is mine, and you should spring for the 3-Disc Special Edition, seeing as how it doesn’t cost too much more than the one-disc.

Titanic gets a four out of five: GREAT.