Extinction, the latest expansion for ARK: Survival Evolved, is now live on PC. The expansion will release on Tuesday, November 13th, on PS4 and Xbox One.

Here’s the launch trailer for Extinction:

Developer Studio Wildcard had this to say about the PC launch on Steam:

On launch you’ll be able to transfer your existing character from your current server into Extinction. You will not be able to transfer items or tames. You can however transfer characters, items, and tames out of Extinction onto other maps. If you were around for the release of Scorched Earth or Aberration this is the exact same process those servers underwent.

There are no disabled engrams in Extinction like there was at Aberration’s launch, meaning things such as Tek Teleporters are allowed. Creatures like flyers are also enabled on Extinction.

We will be introducing North American and European Extinction servers first. We will be releasing an initial start batch of servers, and bringing more servers online as needed so please be patient for us during this period. The servers will be the standard 70-player cap. Extinction will be included in all CrossARK clusters (except ‘TheHundred’), as well as Conquest and Small Tribes servers. Extinction will not be supported in Primitive Plus on launch, but it is something we will consider looking into at a later date. Extinction will also not have NoTek/NTek-NoTaming, Primitive, or TheHundred servers for those currently playing on those subsets of gamemodes. The legacy network will get a few servers, however they will be in small supply.

Below is some screenshots from Extinction, as well as some stuff from the expansion announcement post on the ARK forums and a press release: 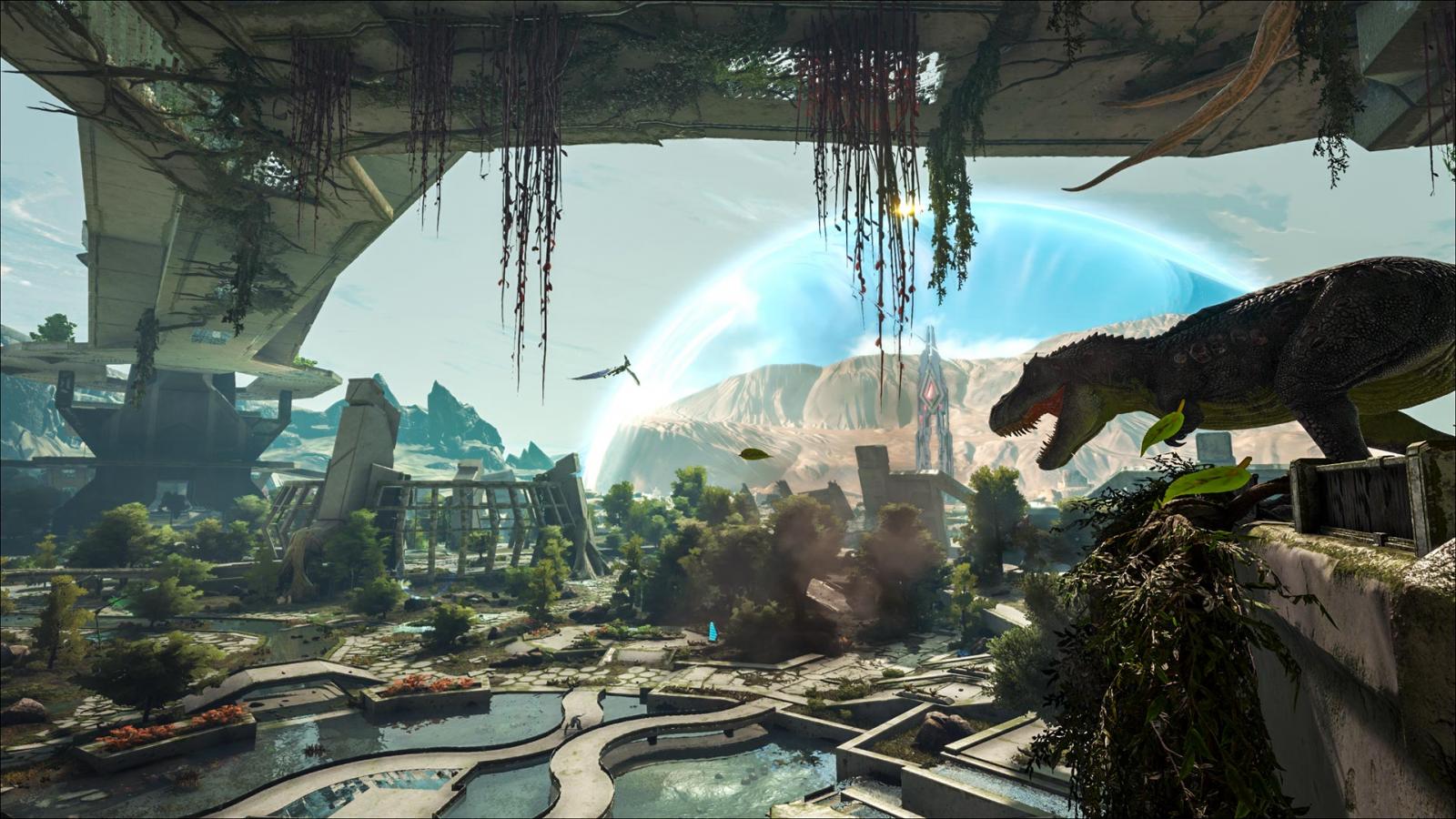 Finish your journey through the worlds of ARK in ‘Extinction’, where the story began and ends: on Earth itself! An Element-infested, ravaged planet filled with fantastical creatures both organic & technological, Earth holds both the secrets of the past and the keys to its salvation. As a veteran Survivor who has conquered all previous obstacles, your ultimate challenge awaits: can you defeat the gigantic roaming Titans which dominate the planet, and complete the ARK cycle to save Earth’s future? 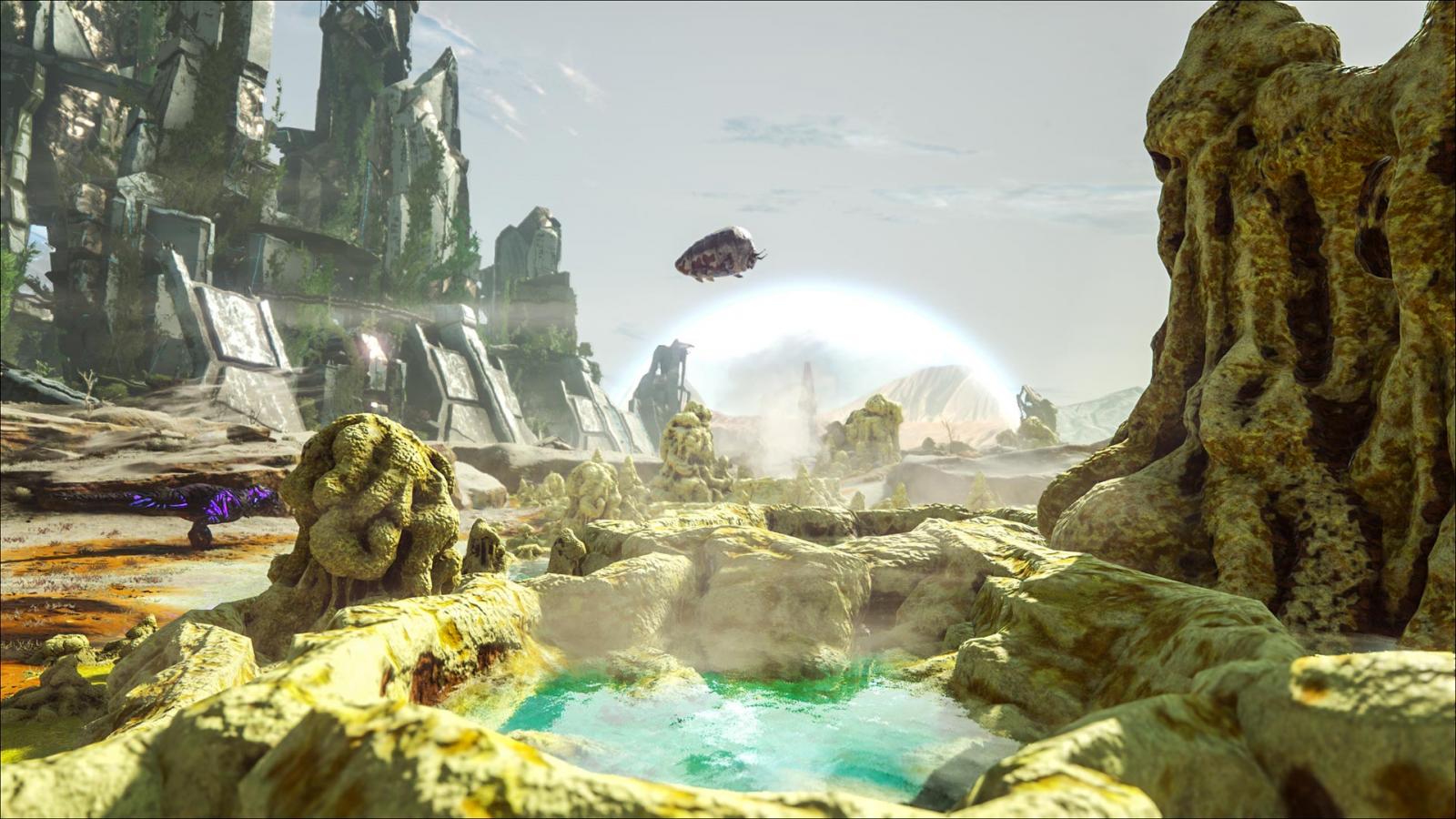 ARK: Extinction is an entirely new map that promises to deliver the long-awaited climax to the ARK storyline, returning to where the story began and now ends: on Earth itself! Visit the ruined world that’s rampant with Element-corrupted creatures, scour the land for Orbital Supply Drops, tame exotic creatures, and build a Mek powerful enough to defeat the colossal, tameable Titans dominating the landscape. 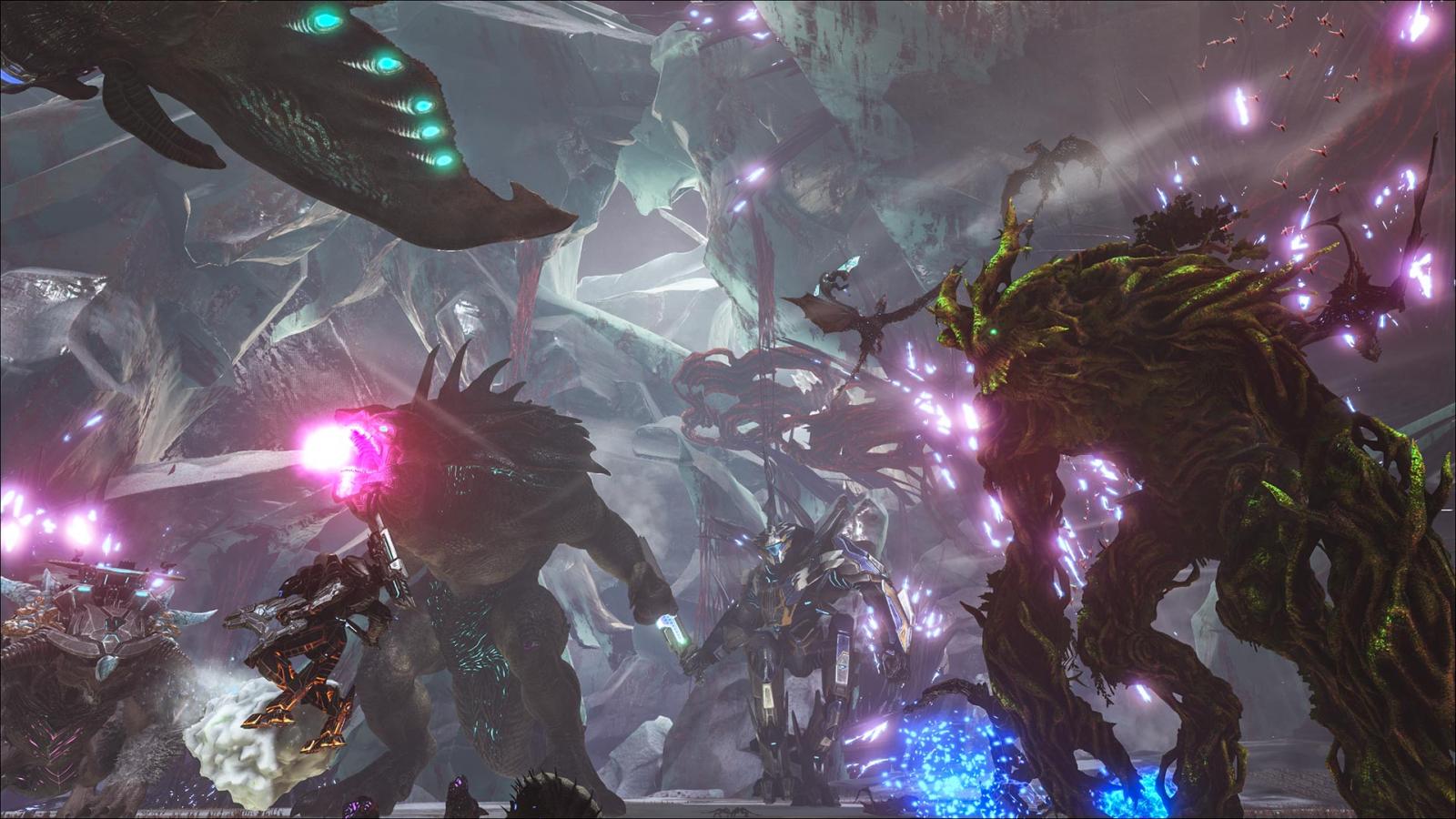 A PLANET IN DISTRESS 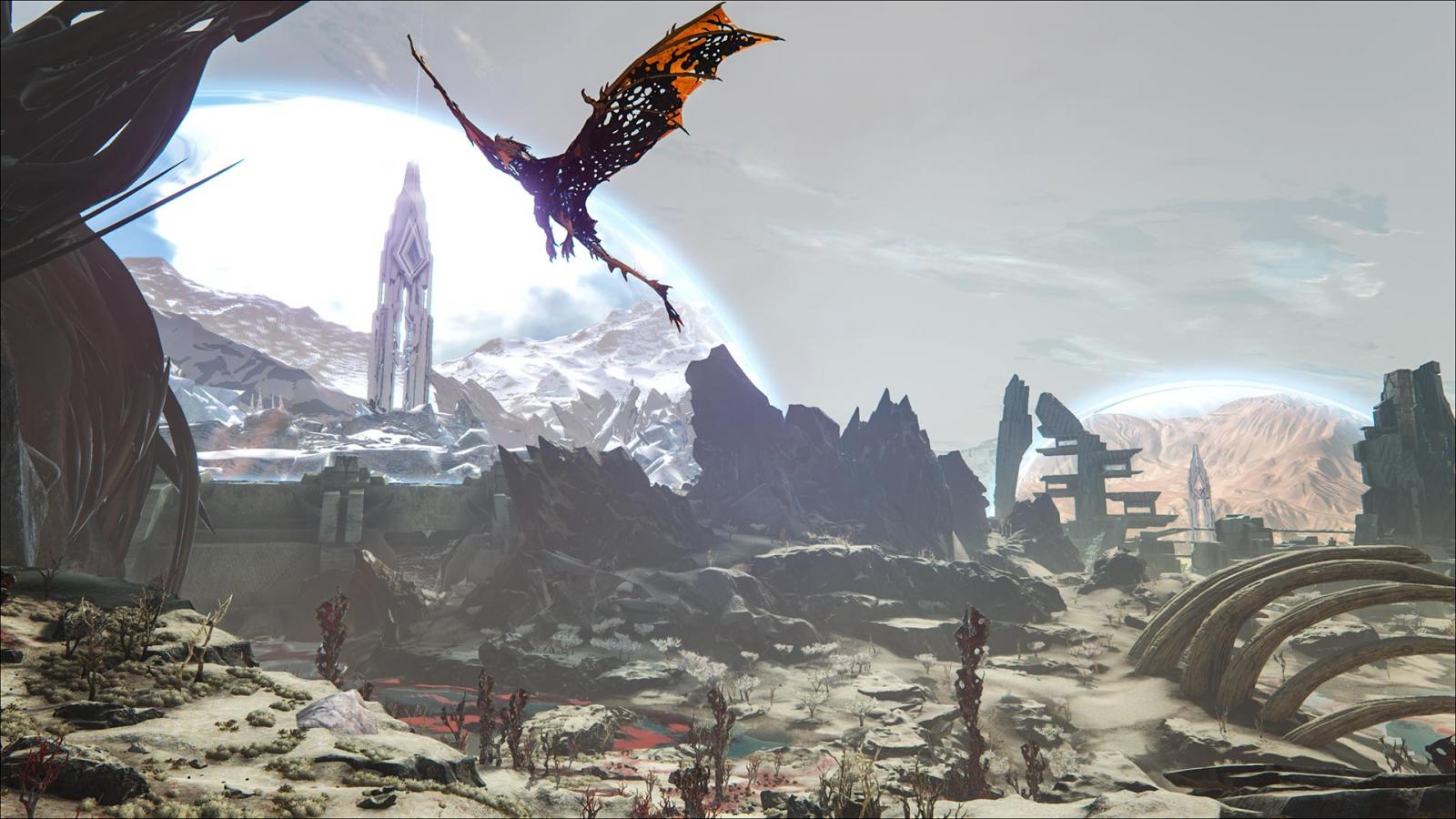 Extinction brings survivors back to where the mysterious journey all started; Earth. What was once a lush and thriving home world is now a corrupt, hostile and desolate shell of its former self. Venture into the diverse landscape where ruins of a past civilization reveal clues to Earth’s demise along with the keys to reviving its future. At the heart of this bleak and foreboding terrain is an overgrown, deserted technological metropolis that rises amidst the waste.  Discover and explore long abandoned micro-biospheres which served as the early prototypes for the ARKs of today. 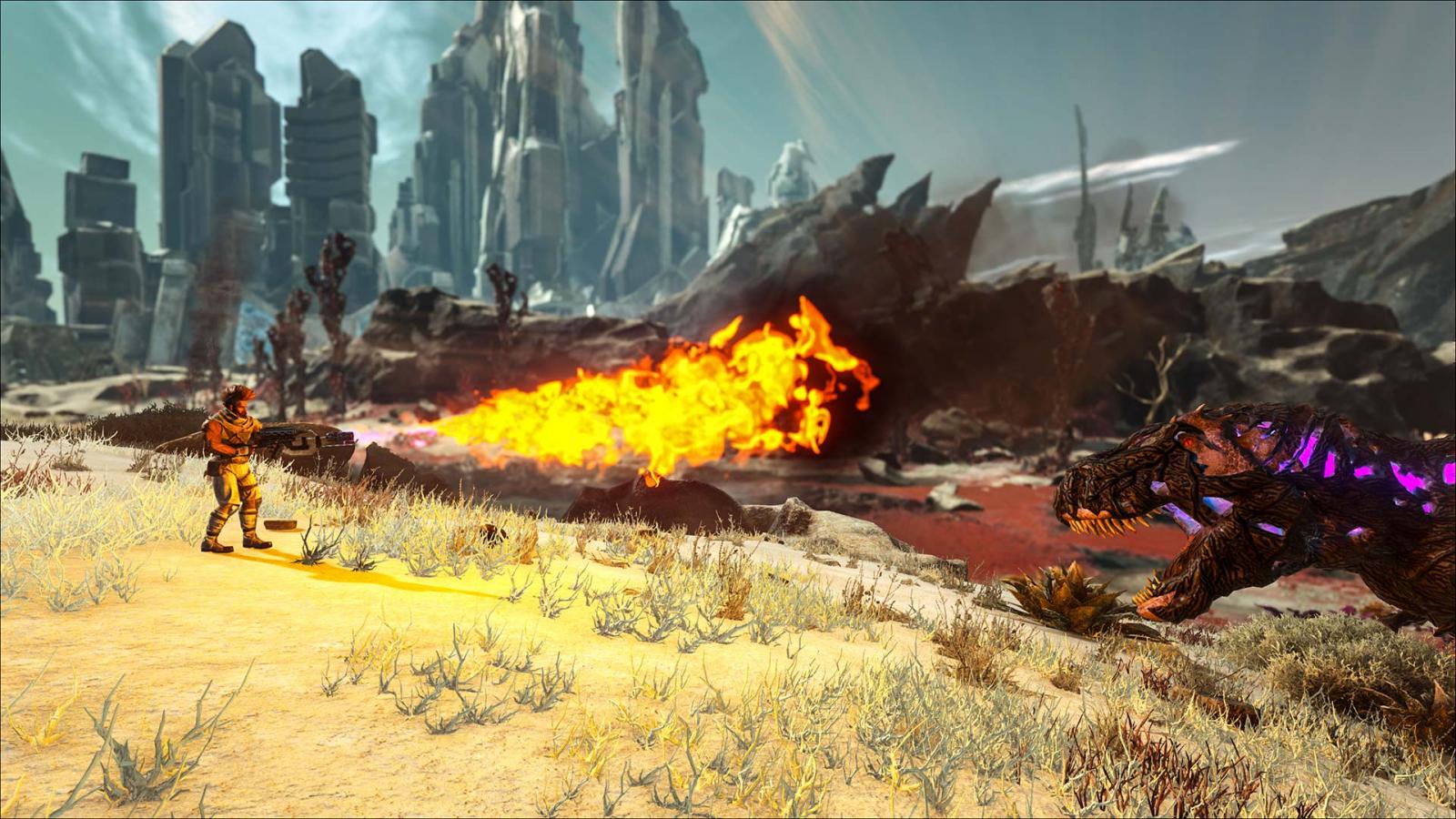 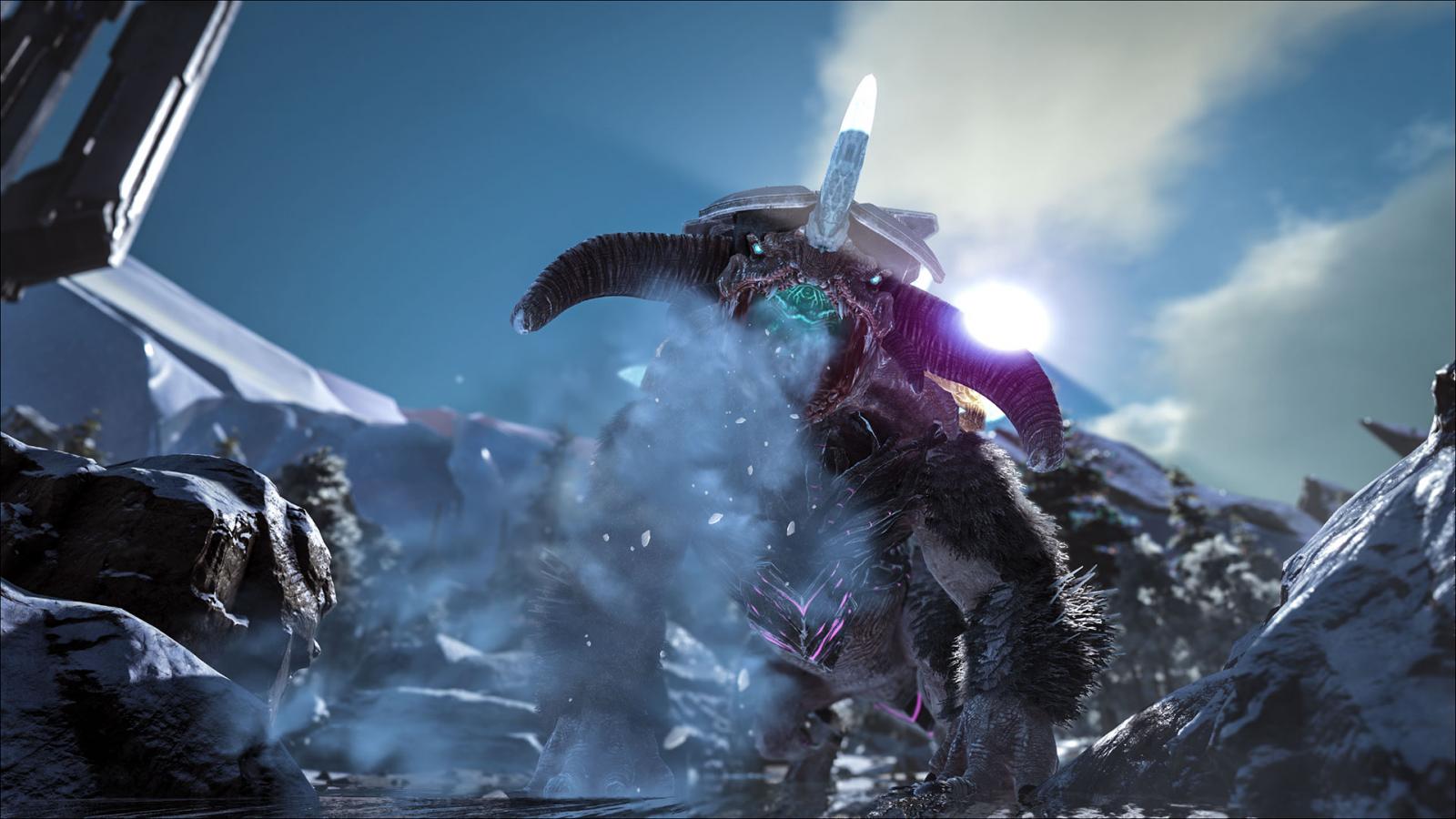 Capture, tame and craft powerful and unusual organic and mechanical creature types different from anything previously seen in the ARK universe. Increase situational awareness by flying and controlling robotic surveillance drones. Harvest valuable resources by taming and feeding organic transmutation machines. Reach new heights and remote locations by climbing and teleporting with the ultimate security bot. Ensure your survival by building and piloting your own customizable battle Mek to victory! 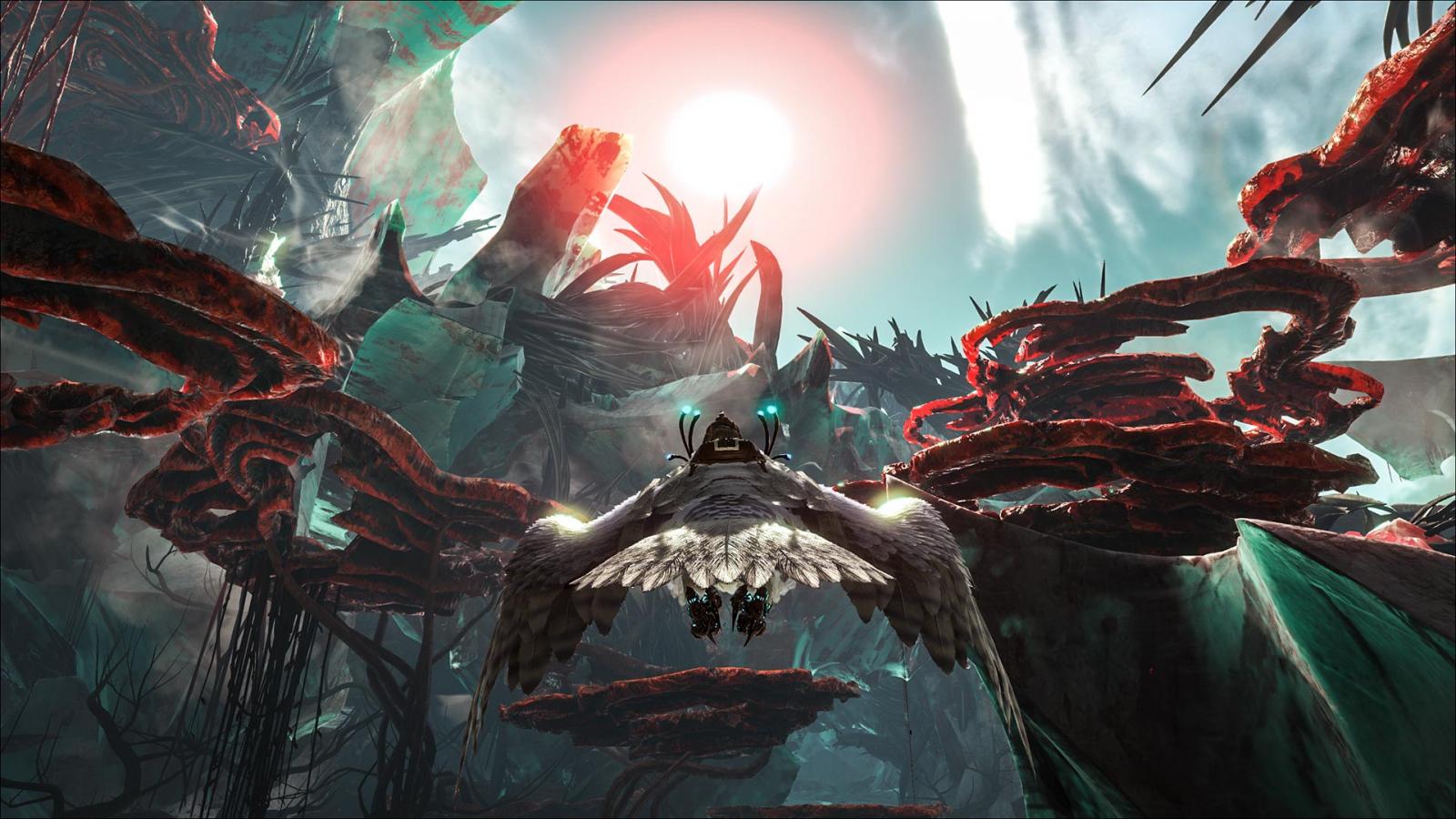 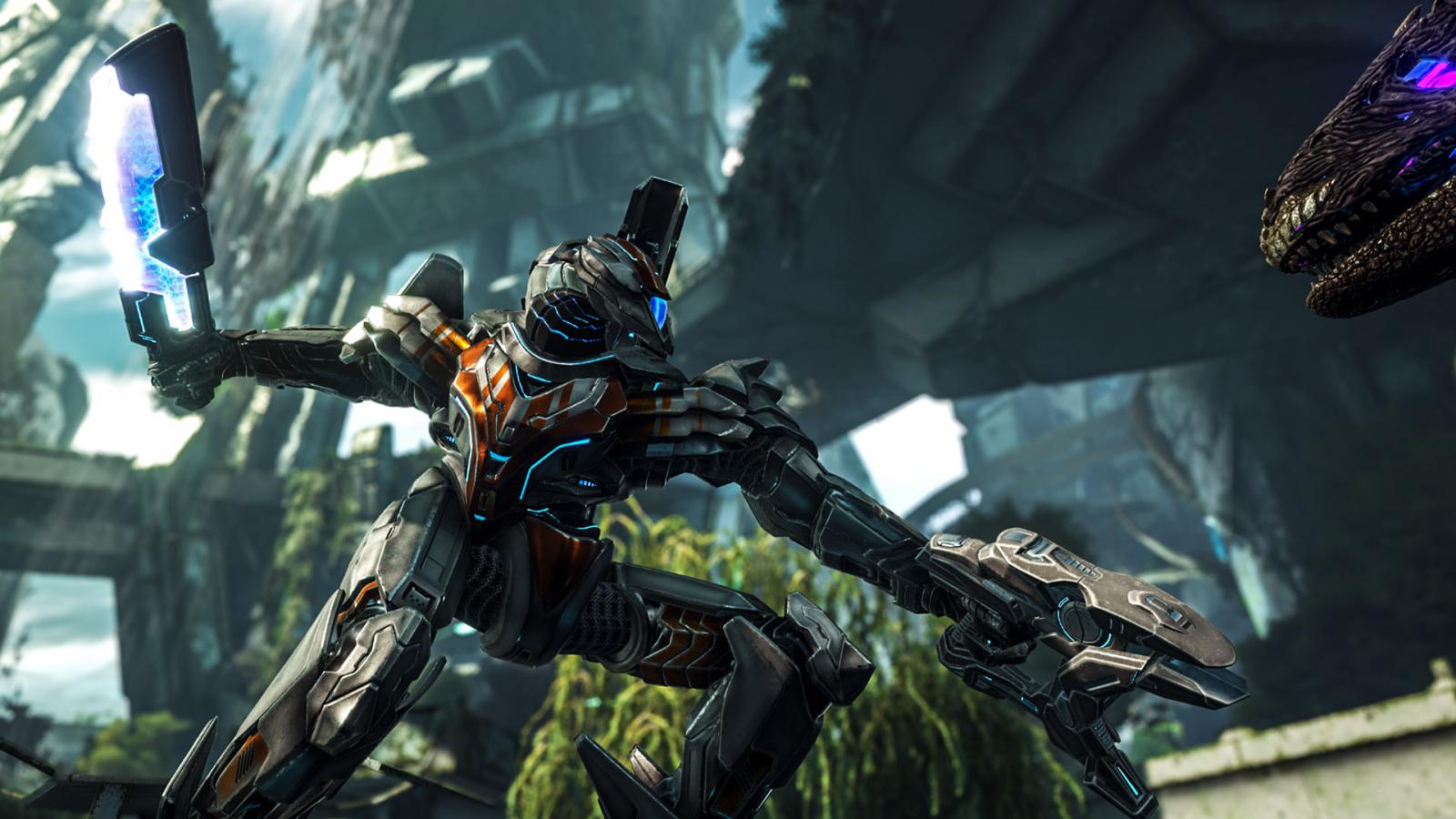 Ensure mastery on this forsaken world with many new and exotic craftable items. Keep your tames where you want them with a creature leash, use taxidermy tools to enhance your home decor with trophy mounts from your most memorable kills, span and traverse previously uncrossable gaps with a Tek bridge, store and preserve your favorite friendly creature in a portable cryopod for reuse later, utilize Tek gravity grenades to attract or repel foes to your advantage, and autonomously airlift loot back to your base with an airborne delivery crate! 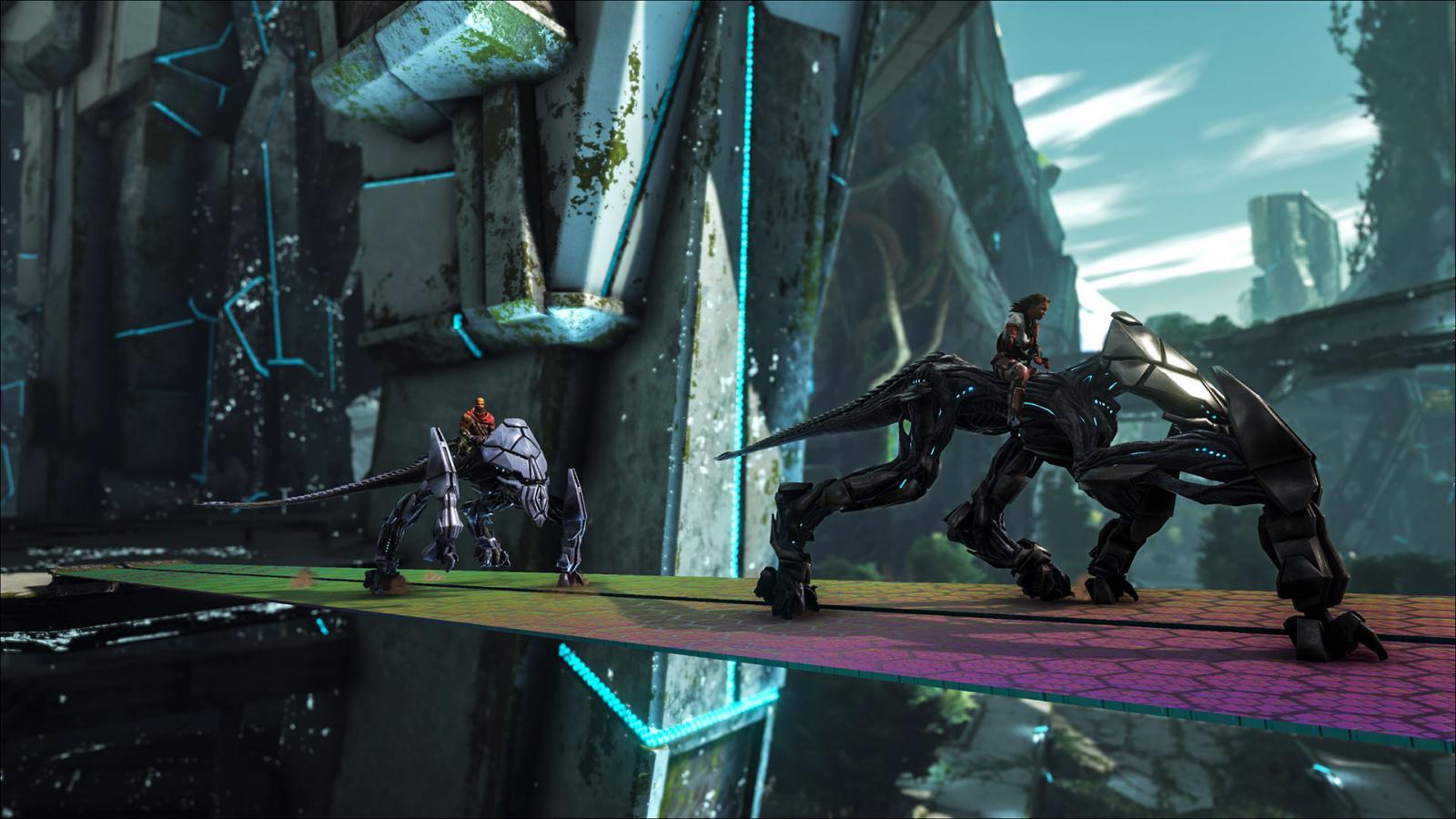 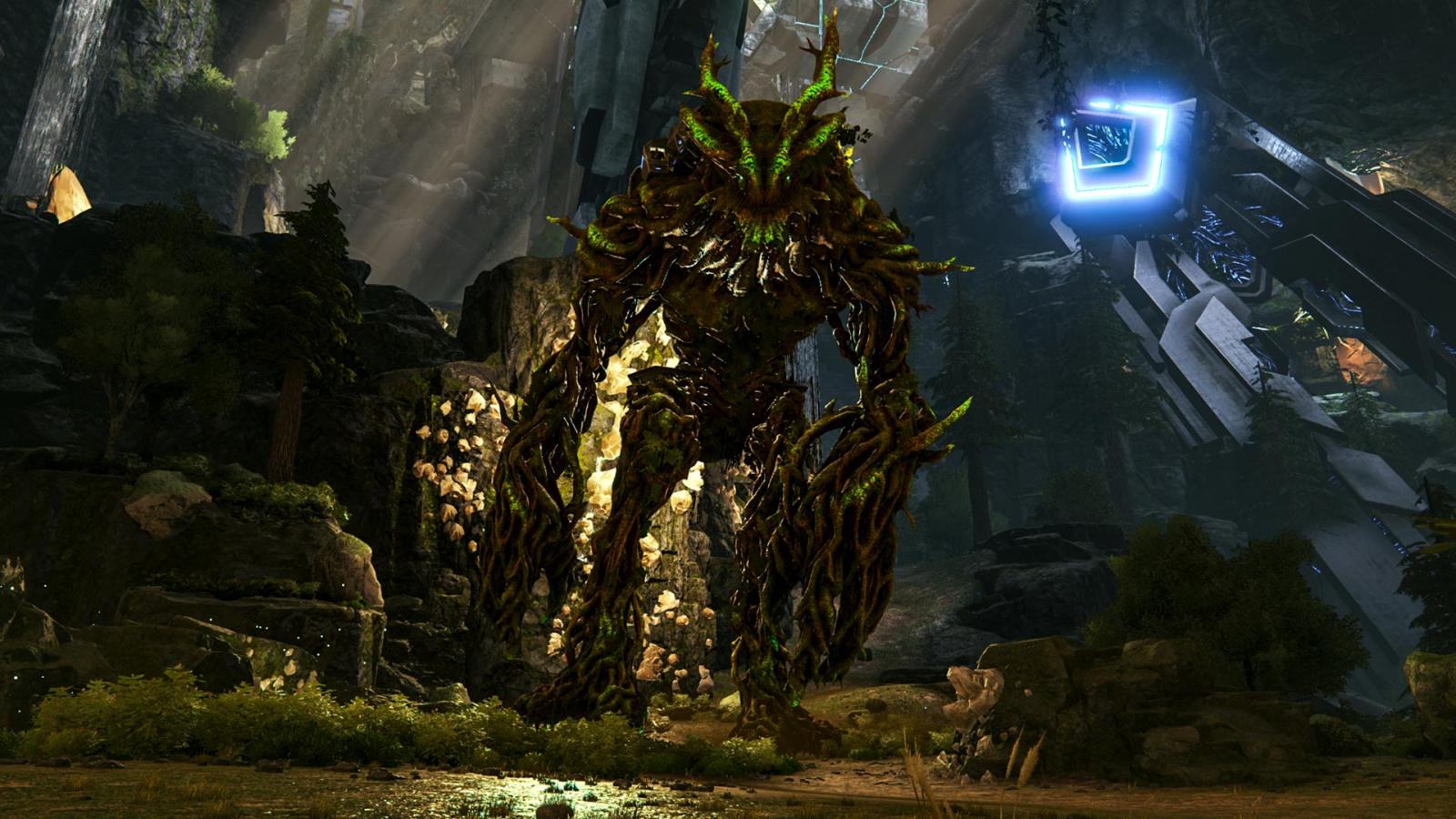 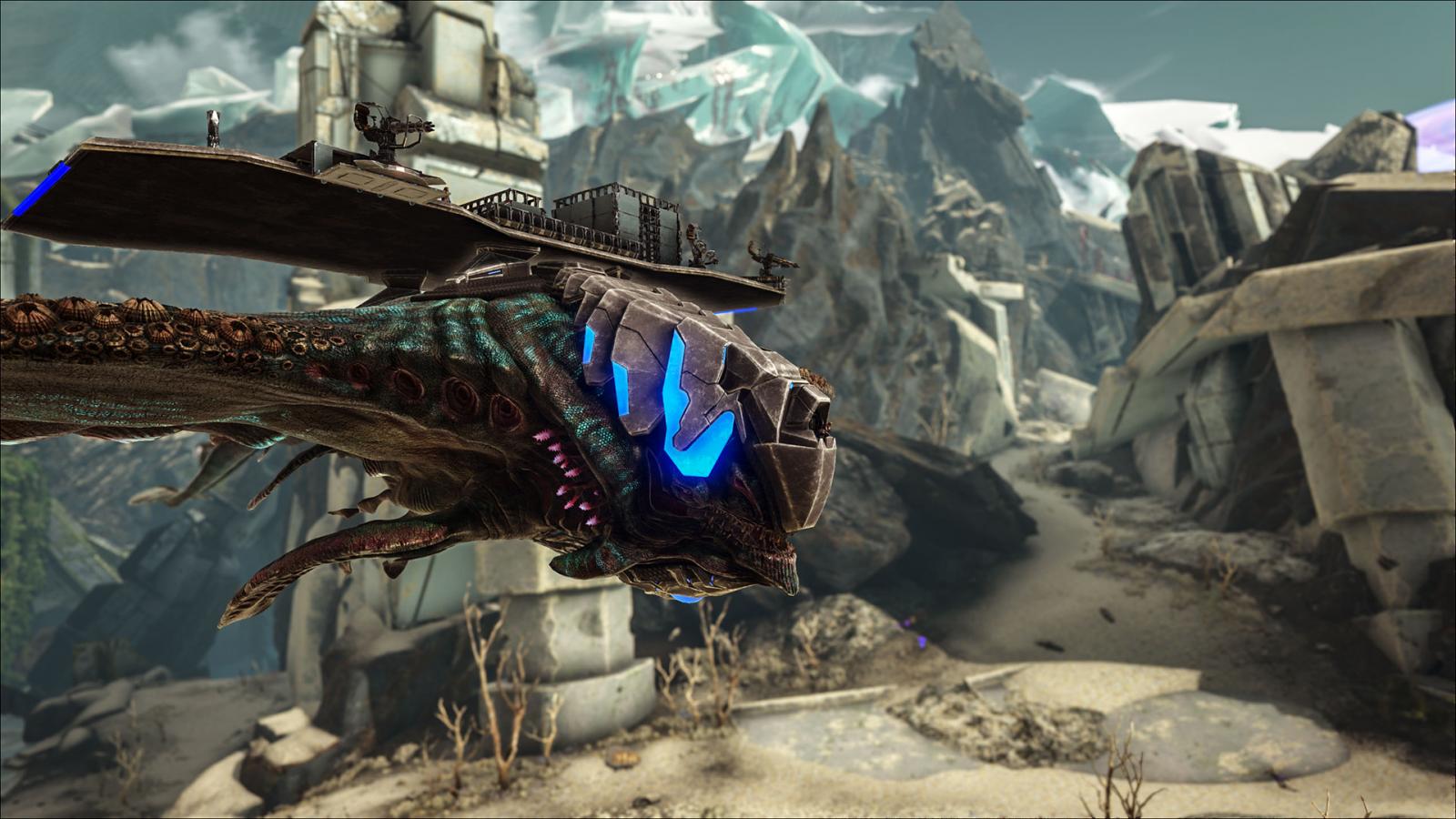 As Element runs rampant across Earth, corrupting and mutating all that it touches, Survivors must be prepared for the unique challenges fueled from these cataclysmic events. Engage in epic battles of titanic proportions when encountering the colossal Titans that rule this hostile planet as the ultimate apex predator. Scour the wastelands for orbital supply drops and protect the precious cargo they contain while fending off an onslaught of Element-corrupted monstrosities barely resembling their former selves. Survive and shelter from environmental anomalies such as Element eruptions, eclipses and meteor showers. 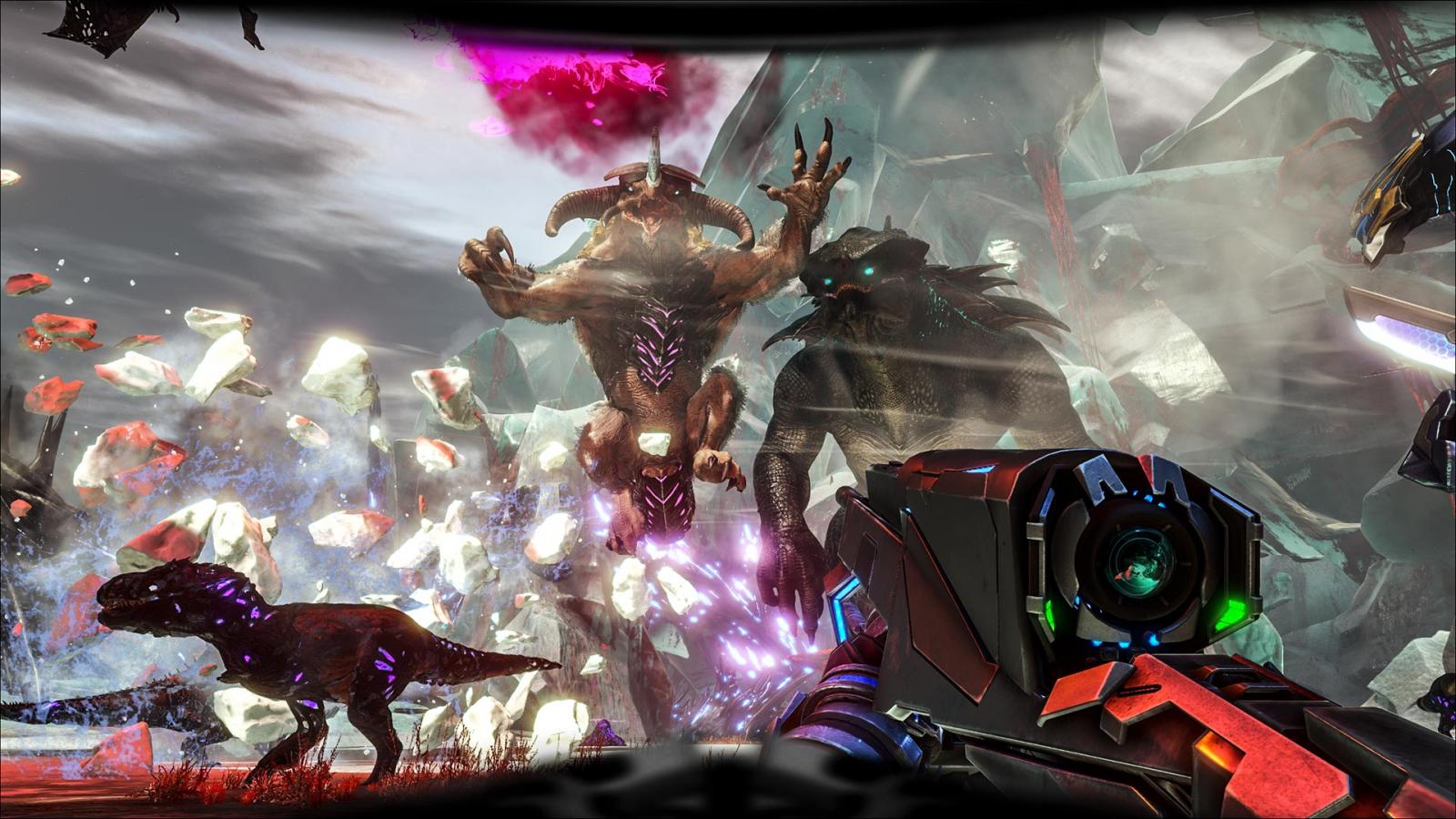 Return to Earth and complete your conquest of the ARK universe, gain sought after answers to advance the storyline, discover the fate of the original explorers, determine the true purpose of the ARK network, and unravel the remaining mysteries of the Homo Deus! 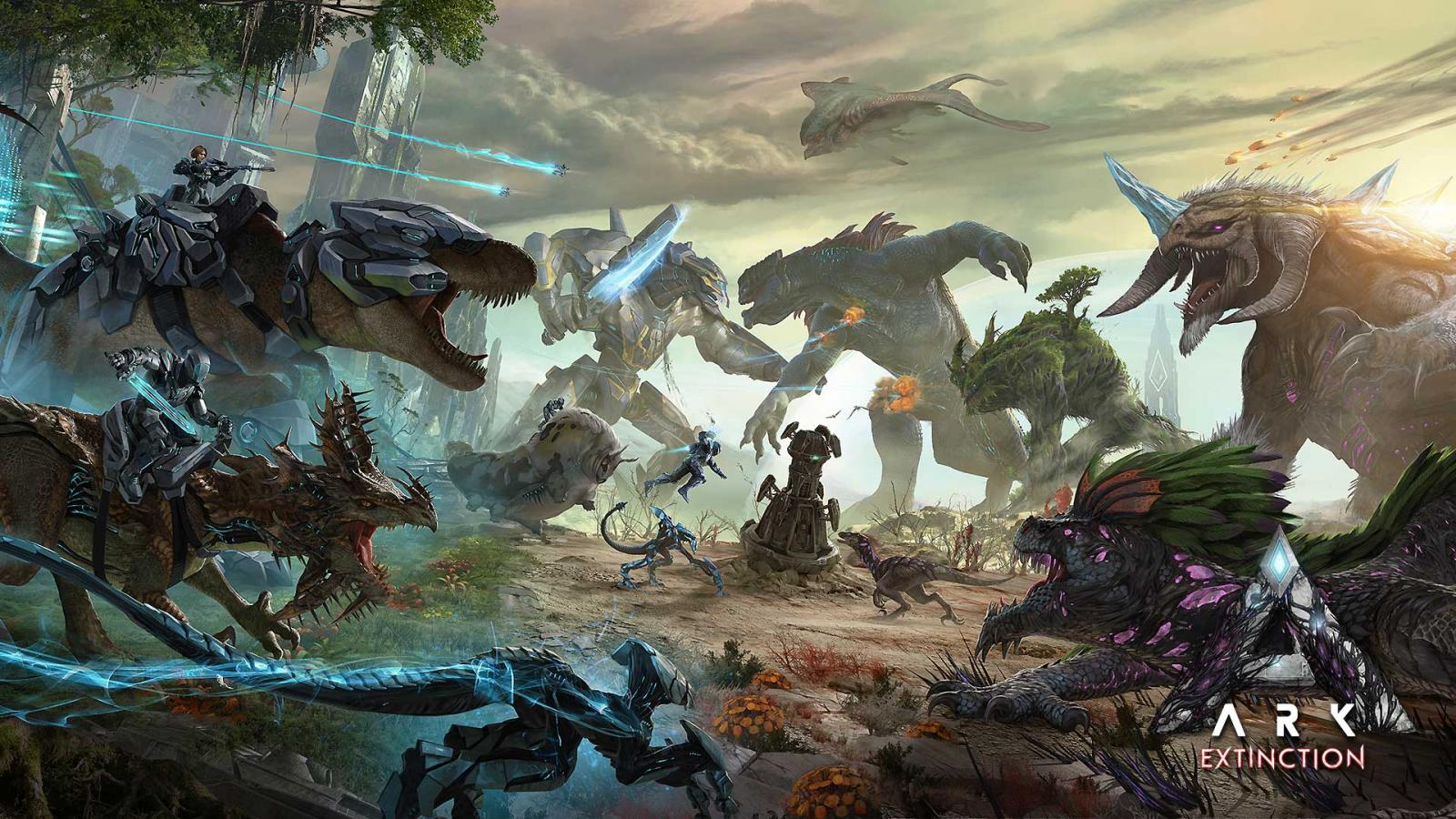 ARK: Extinction Features
New mutations of numerous creatures must be tamed by the players as they battle to survive in the new ARK game area.