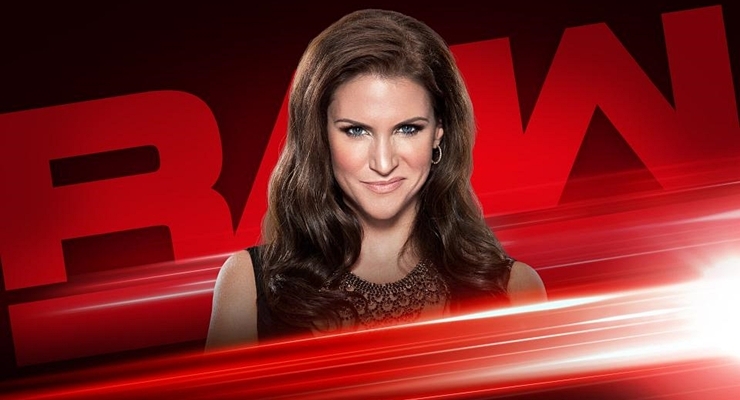 We are less than a week away from WRESTLEMANIA!

Tonight, it’s RAW’s final stop on the Road to WrestleMania and it’s emanating from Capital One Arena in Washington, D.C.

It’s a pretty big RAW tonight, as you would expect, and there’s a lot going on.

Stephanie McMahon will come down to the ring to make a big announcement regarding the first-ever women’s WrestleMania main event. That match is scheduled to be Ronda Rousey putting her RAW Women’s Championship on the line against Becky Lynch and Charlotte Flair.

Last week on Smackdown however, Charlotte Flair knocked off Asuka to capture the Smackdown Women’s Championship.

We’ll have to wait and see what Stephanie’s big announcement is, but the stage is certainly set for WrestleMania’s historic main-event to become even bigger if it becomes a Winner Take’s All RAW and Smackdown Women’s Championship Match.

Batista returns to RAW tonight to deliver a final message to Triple H before Sunday’s big No Holds Barred match. Last week, Triple H put his career on the line. Will Batista do the same?

Brock Lesnar also returns to RAW tonight, what could be his final RAW as Universal Champion. Lesnar will defend the title this Sunday at WrestleMania against Seth Rollins. How will Lesnar respond to Seth Rollins tonight?

Ahead of their Women’s Tag Team Championship Fatal 4-Way Match at WrestleMania, tonight champions Boss ‘N’ Hug Connection will team with the Divas of Doom to take on The IIconics and Nia Jax & Tamina in a huge 8-woman tag team match. This match will mark Beth Phoenix’s return to the squard circle.

Kurt Angle will wrestle his last wrestling match at WrestleMania against Baron Corbin, but tonight Kurt wrestles his final match on Monday Night RAW. Will Kurt Angle be able to get past Rey Mysterio and enter WrestleMania with a big win under his belt?