Sad news this morning as the wrestling world has lost another legendary figure.

Pat Patterson has died at the age of 79.

Patterson, a great wrestler in his career that spanned from 1958 to 1984, was the first Intercontinental Champion. After his in-ring career, he spent his time working behind the scenes as one of Vince McMahon’s closest advisors and agent/producer.

Patterson even gave the gift of the Royal Rumble to wrestling fans as he came up with the idea for the match and booked some of the best Rumble matches of all-time.

You can read the WWE statement here or below. On behalf of everyone here at Vortainment.com, are thoughts and prayers are with the family and friends of Pat Patterson.

WWE is saddened to learn that Pat Patterson has passed away at the age of 79.

A true trailblazer of the industry, Patterson was linked to many “firsts” in sports-entertainment throughout his storied career, including the first-ever Intercontinental Title reign and the creation of the Royal Rumble Match. In a career spanning six decades, the renaissance man left an indelible mark on the industry in the ring, on the microphone and behind the scenes.

Patterson began his career in 1958 in his native Canada before becoming a fixture in the Bay Area for nearly two decades. After winning the AWA Tag Team Championship with Ray Stevens in 1978, Patterson moved on to WWE. Under the tutelage of The Grand Wizard, Patterson made an immediate impact and became the first Intercontinental Champion in September 1979. Patterson’s most legendary WWE rivalry was undoubtedly his war with Sgt. Slaughter, which captivated the WWE Universe with Boot Camp Matches and a brutal Alley Fight at Madison Square Garden. 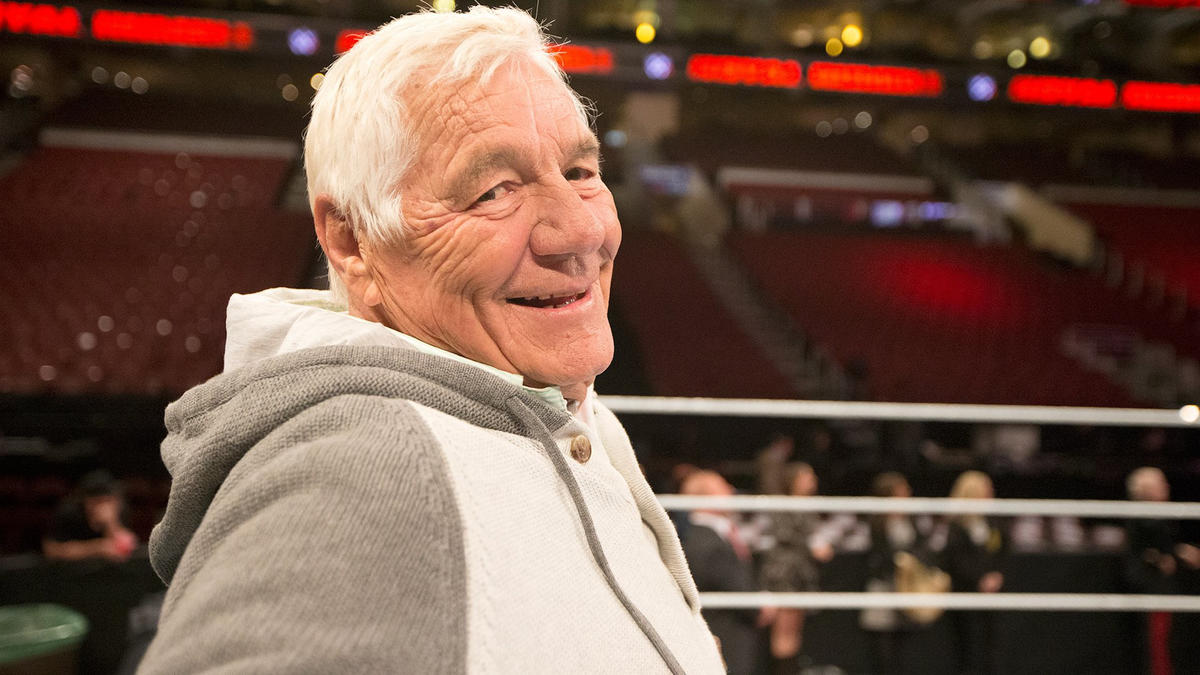 WWE looks back on the WWE Hall of Fame career of one of sports-entertainment’s most influential figures, the legendary Pat Patterson.

Shortly before his in-ring retirement in 1984, Patterson joined Mr. McMahon as a color commentator. Even after hanging up his boots, Patterson was far from finished reimagining the possibilities of the sports-entertainment industry. In 1988, Patterson brought one of the ring’s most groundbreaking ideas to life by creating the original format for the Royal Rumble Match.

Patterson returned to the ring during WWE’s electric “Attitude Era,” creating many memorable moments alongside Gerald Brisco as one of Mr. McMahon’s hilarious “Stooges.” Patterson even pinned Crash Holly to claim the Hardcore Title. For all his efforts, Pat Patterson was inducted into the WWE Hall of Fame in 1996 by Bret Hart.

In his 25-plus years in WWE, Patterson was synonymous with making history. From the Intercontinental Title to the Royal Rumble Match and beyond, his name will forever be revered in WWE lore. This amazing legacy was captured in Patterson’s 2016 autobiography, Accepted: How the First Gay Superstar Changed WWE, a moving chronicle about his life both inside and out of the ring.

WWE extends its condolences to Patterson’s family and friends.