Here’s a look at what’s happening on tonight’s episode of RAW, courtesy of WWE.com:

WWE Champion Drew McIntyre and Goldberg to return to Raw this Monday!

Six days before their highly anticipated clash at Royal Rumble, WWE Champion Drew McIntyre and the legendary Goldberg will both return to Raw.

What will happen when The Scottish Warrior once again comes face-to-face with the WWE Hall of Famer en route to their epic WWE Title showdown? 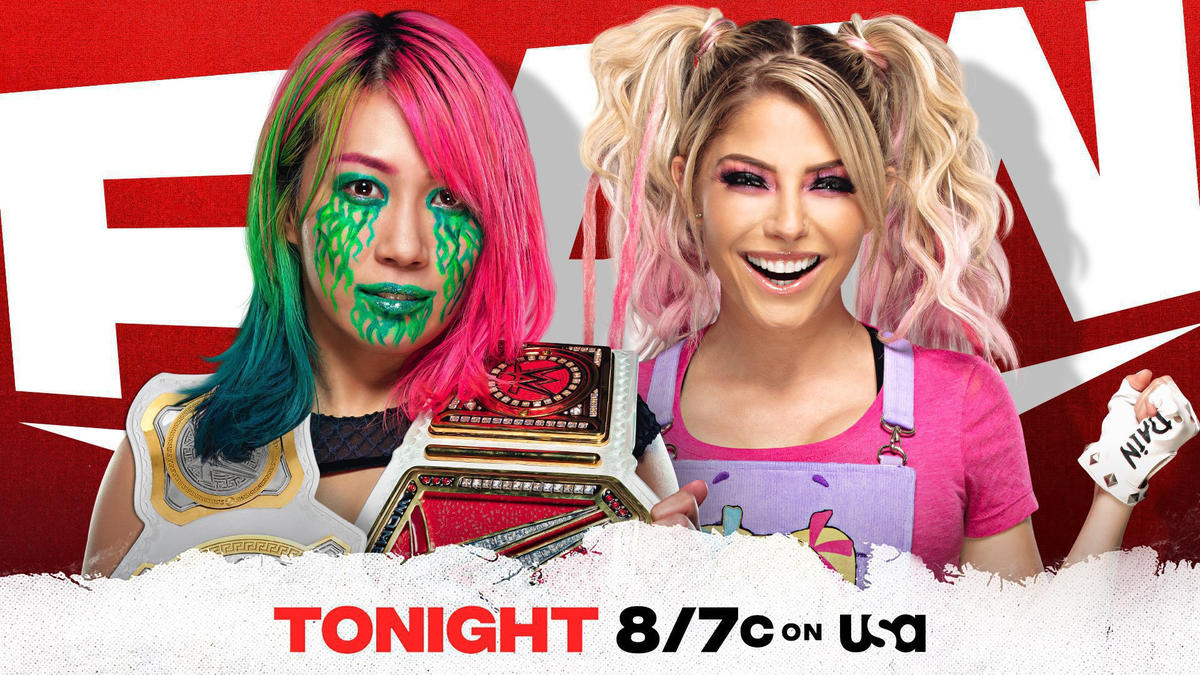 Alexa Bliss pinned Asuka last week, revealing a horrifying transformation in the process. If Bliss does it again this Monday night, she’ll be the new Raw Women’s Champion.

After a tenuous confrontation inside Bliss’ playground, Bliss made Asuka pay the price in one-on-one competition. Seemingly embodying characteristics of The Fiend mid-match, Bliss appeared more powerful than ever, and pinned The Empress of Tomorrow after dropping her with Sister Abigail.

Now, Bliss is one more victory away from capturing the Raw Women’s Title. Can Asuka overcome what may be her gravest challenge yet, or is darkness in store for the Raw Women’s Championship? 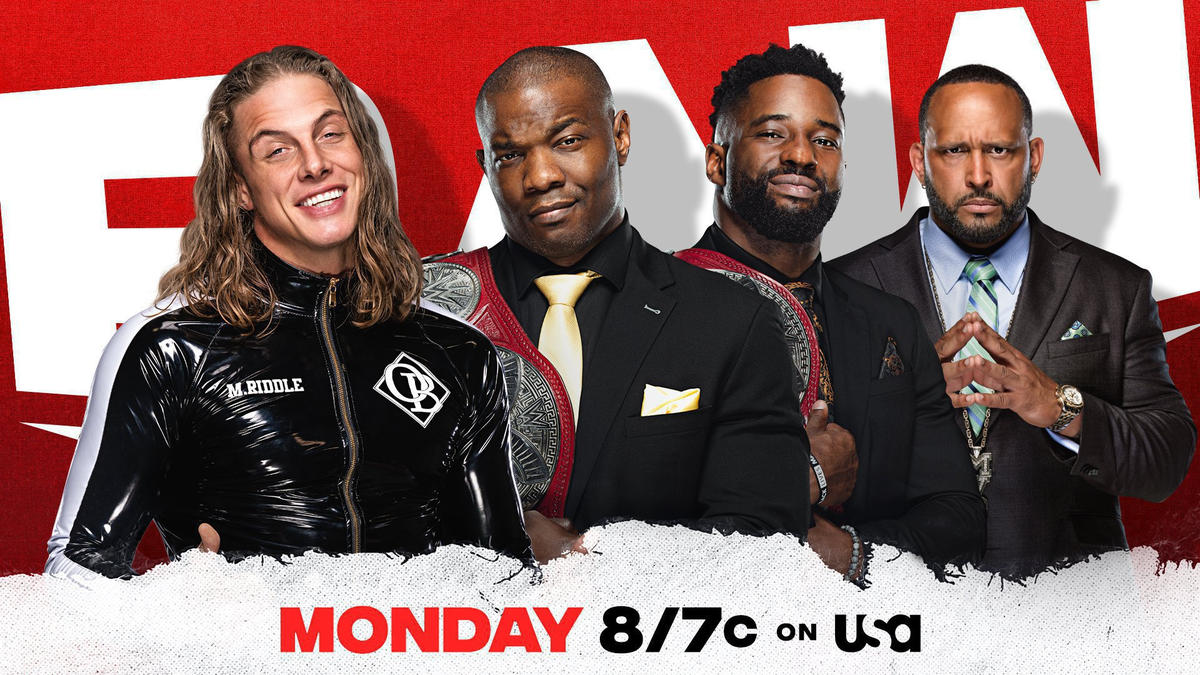 In order to challenge Bobby Lashley, Riddle will have to go through the rest of The Hurt Business.

Riddle is lined up to face Raw Tag Team Champions Shelton Benjamin and Cedric Alexander, and MVP in a Gauntlet Match tomorrow night on Raw, with a United States Title opportunity on the line. Riddle will face off against Benjamin first with Alexander and MVP waiting in the wings.

The Original Bro has had issues with The Hurt Business, clashing with them last week in Six-Man Tag Team action alongside Lucha House Party. Though The Hurt Business prevailed, the apparent dissension between Benjamin and Alexander continued.

The odds may be stacked against Riddle, but might he be able to exploit the potential rift in the dominant faction to put himself in position for a date with The All Mighty? 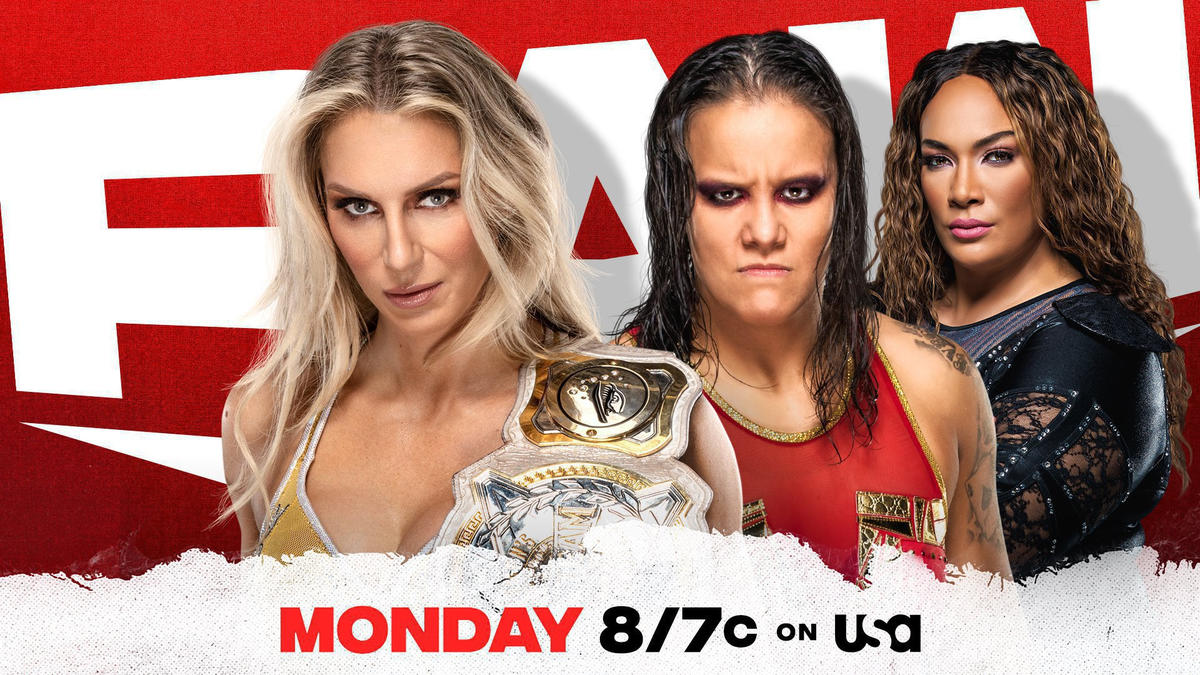 With an apparent budding relationship between her father and Lacey Evans looming over her and Royal Rumble only a week away, Charlotte Flair likely has plenty on her mind.

The Queen will have yet another massive challenge to tackle this Monday night as she squares off with Shayna Baszler, pitting the final two competitors of last year’s Royal Rumble Match against each other.

One-half of the WWE Women’s Tag Team Champions, Flair sent the rival Lacey Evans a resounding message with an impressive victory over Peyton Royce. Now she’ll face another fellow entrant in the Royal Rumble Match in The Queen of Spades, who will be accompanied by tag team partner Nia Jax — also in the Rumble. With both focused on winning the Rumble, Baszler and Jax were at odds with one another last week.

Will it be Flair or Baszler capturing a massive victory ahead of Sunday’s Rumble?