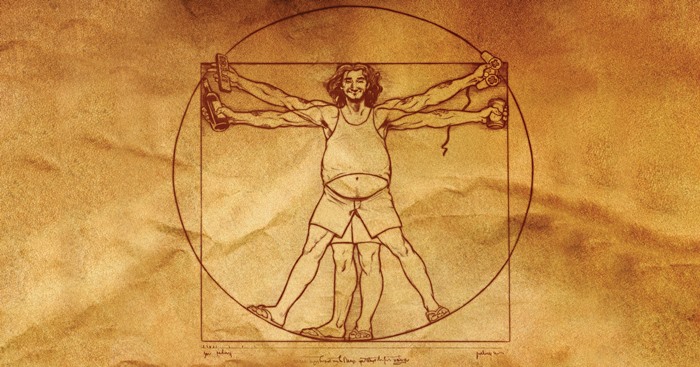 “The Future Is A No Brainer.”

“Damn… I’m pregnant again!” decries one trailer bound woman holding a home pregnancy test at the beginning of this film. It’s a shame this movie wasn’t released during last year’s election cycle, because Idiocracy is the perfect antidote to the socialistic liberal policy of financially rewarding and encouraging those families who keep having child after child even though they don’t have the means to support any of them monetarily, in order that there will be perpetual future offspring born into generational welfare programs who will keep blindly voting for whatever propped up democratic candidate that’s placed in front of them, lest they fail to receive their monthly supply of government cheese. That’s neither here nor there at this point though, so with that said, I will move on.

There have been a plethora of great books written in recent decades about the supposedly deliberate ‘dumbing down’ of the American mind by various groups of politically minded individuals seeking for themselves a new way to achieve power. Everything from mandatory immunizations and various prescription medications given to school children, to abhorrent class curriculum (books that are now college level reading material, were once taught to 4th graders back in the 1950s), current popular TV shows, and deviant music have all been brought under question by some as to their true purpose in the grand scheme of things. All of those speculations are set aside in this movie though, which depicts a future where literally everyone on the planet is reduced to the lowest common denominator by the sheer means of reproductive fervency. Simply put, in order for the utterly horrific future depicted in Mike Judge’s ‘Idiocracy’ to occur smart people (or people of average intellect even) must breed less and less, which they do, because of various moral concerns, worsening economic times, and other factors that come into the minds of those people intelligent enough to grasp all the various elements involved creating new life, and dumb people on the other hand, must take up the slack by reproducing in spades, which they also already do. After a couple centuries of this go by, eventually there is virtually no intelligence left on planet earth.

This movie is social commentary with the bluntness of a sledge hammer in the hands of brilliant cartoon creator Mike Judge, who is responsible both for the great ‘King of the Hill’ and the legendary yet misunderstood ‘Beavis & Butthead’ series. In the aforementioned ‘Beavis & Butthead’ cartoon we were treated to a glimpse of the world through the eyes of two intellectually frozen teenagers whose only true base of knowledge was what they saw in music videos on MTV and in millions of mindless action movies and pornography. That the series was picked up and carried by MTV as long as it was is either a testimony to sheer irony, or to the utter obliviousness of the creators of that network. Perhaps the joke’s on Judge though, as instead of being received as the biting criticism of stupidity that it was meant to be (much in the same vein as ‘This is Spinal Tap’ was to the bloated Rock N’ Roll industry of the 80s) B&B became cultural icons and people to be looked up to and emulated by a horde of teens and pre-teens who were the very living embodiment of the characters created to mock them. Perhaps that reaction to his original satiric attempt was the inspiration for this film? The two main protagonists in Idiocracy are a man and a woman, both of absolutely average intellectual and emotional levels statistically speaking, who are put in two coffin like contraptions under the guise of an army experiment meant to perpetually preserve soldiers in the prime of their life in a ‘suspended state’ where no aging will take place until their services are needed for future wars. Low and behold, things as they are want to do in films like these, go horribly awry, and the experiment and its subjects, meant to last one year, are left unattended to for roughly five centuries… Whoops!

When they awaken due to a garbage avalanche created by centuries of incompetent people stacking up their waste in a landfill that grows to take on the size of an entire city, Joe Bauers, played by Luke Wilson, and Rita, played by Maya Rudolph find themselves in the strange position of being the smartest people alive on a planet of imbeciles. In this future world, the English language itself as pointed out by the narrator “has deteriorated into a hybrid of hillbilly, valleygirl, inner-city slang and various grunts.” Joe is able to understand them all clearly, but when he speaks in an ordinary voice he sounds pompous and effeminate (read: faggy) to them. “Why do you keep trying to read that word? You some kind of fag?” says one of the future citizens to another in a scene during the movie’s intended climax.

In this movie the nation’s most popular TV show is simply called ‘Ow My Balls’ and the Box Office hit at theatres is titled ‘Ass’ and is just that, a moving picture of an ass for ninety minutes, interspersed with the occasional fart. After being detained by the authorities and found lacking an integral tattoo stamp required by all for future life, Joe is sentenced to life imprisonment, and given an IQ test, which consists of questions such as “If you have one bucket that holds two gallons of water, and another bucket that holds three gallons of water, how many buckets do you have?” I don’t want to spoil too much of the plot rather than to point out a few elementals. The closest thing to a friend Joe finds in this future world, is an absent minded lawyer named Frito, who he enlists to help him find a time machine so he can get the hell out of this miserable future and warn mankind to change its ways. Eventually, after the results of his IQ tests are found out, he is introduced to the President of the United States, former multiple time Smackdown Champion ‘Dwayne Elizondo Mountain Dew Herbert Camacho’…

He is then given a high up position in President Camcho’s cabinet and is sought after to help the country solve some of its most prominent problems, such as a dust bowl that is created when water is replaced in all facets (except in toilets) by a Gatorade like substance known as ‘Brawndo’ whose manufacturers employ half the nation it turns out. “You want us to pour toilet water on our plants?”, quips one fellow cabinet member in a scene after repeatedly informing Joe of Brawndo’s famous tag line “It’s got what plants want”… demonstrating the futility of arguing with those who utilize circular logic to the extreme. The premise here is brilliant on a level of few you will ever find, the execution however, I felt, was somewhat lacking. This is a comedy by and large, and there are several funny parts to this movie indeed and the art design and special effects here are immense and awe inspiring in their creativity, but I thought an opportunity was lost here by not taking a slightly more serious approach to the material. As it is, I never for one second gave a damn about anyone in this film besides the two leads, and really, only one of them at that. The rest of the populous is portrayed as being so simplistic and juvenile that one can scarcely imagine the absolute hell it would be to live around them.

I’m not sure if I was intended to feel pity or apathy for these people, but in the end, the only emotion I found myself producing was disdain. Sometimes I found myself thinking that this movie was a really well written Saturday Night Live sketch that had been allowed to go on for far too long, not that this is a long movie by any means, as it absolutely breezed by me. Overacting (or under-acting as the case may be) abounds here as the people presented here besides Joe and Rita are more or less cartoon caricatures rather than flesh and blood creatures you could somewhat empathize with. Perhaps that was the intended point though? In any event, I give this movie a modest recommendation, it succeeds more than it fails and even though I felt more could’ve been done with it to make a lasting point, given the vision the director had, the movie is about as good as it could have been. It is in the end, a decent slapstick, screwball comedy, with some very relevant parallels to our current national situation. See it for the biting satire and for the couple of laughs provided. I would not call it a classic by any means, although it could very well grow into definite “cult classic” status in a short manner of time in much the same way Judge’s previous (and superior) film “Office Space” did eventually. Thanks for reading.

Idiocracy gets a three out of five: GOOD.