Tonight is WWE’s annual Money In The Bank pay-per-view event.

The card is pretty solid, featuring 11 matches. Two of those are Money In The Bank Ladder matches, and seven championships are on the line tonight. There’s also a Steel Cage match.

I’m not a huge fan of Money In The Bank as a concept, and never have been. But I’m not going to let my dislike the the whole briefcase equals championship match whenever idea ruin the whole show for me, so let’s get ready and make some predictions. 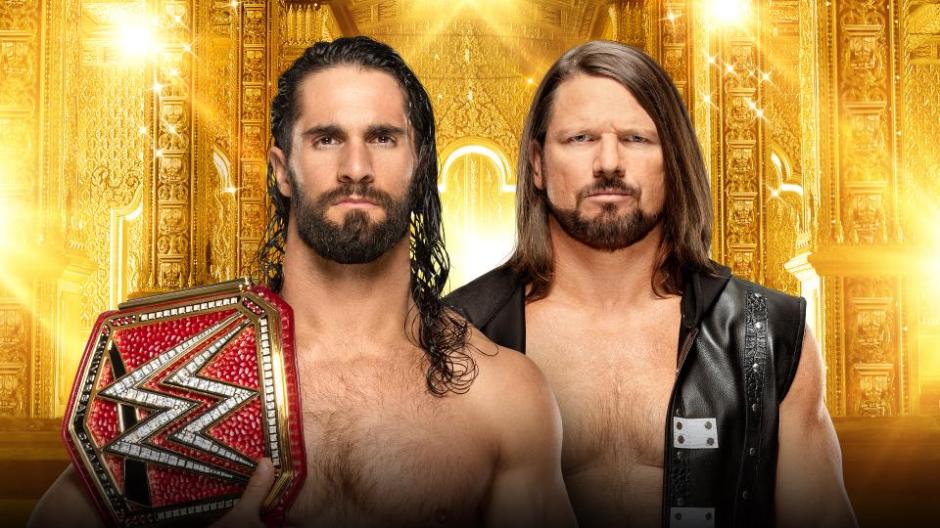 I think WWE rushed to this a little too soon. This is a match I would’ve saved for Summer Slam, one of the bigger events of the year. Nevertheless, this is WWE and they don’t properly build stuff up typically, so here are doing this at Money In The Bank.

I don’t see Seth losing the title in his first PPV defense since winning the title at WrestleMania last month. Therefore, I’m not as interested in this match as I would be if it were happening in a couple of months. I see this as a predictable way to give the fans what should be a great match but not a surprising finish.

I would say I’m most interested in seeing how AJ behaves in the match and how he ultimately loses. He’s been a face for a long time, I would like to see him work heel on RAW and especially if he could Gallows and Anderson back with him. I think the idea of champion Seth Rollins being terrorized by a group of three would be a nice play on the former Shield member no longer having his brothers with him.

This is a match where I wouldn’t be shocked if Kofi Kingston retains the title, or if he wins via disqualification. However, I don’t think the Kingston as WWE Champion experiment is going to last too long.

I’m taking what some might consider the “upset” pick; I think Kevin Owens wins the title tonight and has a decent reign as a heel champion. Kofi much better in chase mode than as guy with lengthy run on top.

Story wise, an Owens win just makes sense. At the same time, I wouldn’t be surprised to see the return of Big E to get involved in some form to cause Owens to lose and give him something to complain about and Kofi another month with the title.

It should be a fun match, and hopefully we can get a mostly clean finish.

I assume this will be the second of Becky’s matches for the night. If that’s the case, then spoiler I’m predicting she loses the RAW title to Lacey Evans. Because of that, I think she overcomes Charlotte and the emotions of losing the RAW title to retain the Smackdown championship. More on the RAW prediction next.

The whole Becky 2 Belts thing is already old. Becky’s losing momentum in part because WWE doesn’t seem to care as much about the division since WrestleMania, but ultimately because she is being overused and overexposed. It doesn’t help that Champ Champ had a competitive match with Alicia Fox a couple of weeks ago.

At the end of the night, the best thing for the women’s division and WWE is to get one of the championships off of Becky tonight. I think she should retain the Smackdown Championship as I believe she’s better on Smackdown.

Charlotte meanwhile needs to be moved away from Becky, because watching these two feud for months has gotten super stale. The match will be fine, but it’s time we get a break from seeing these two all the time. 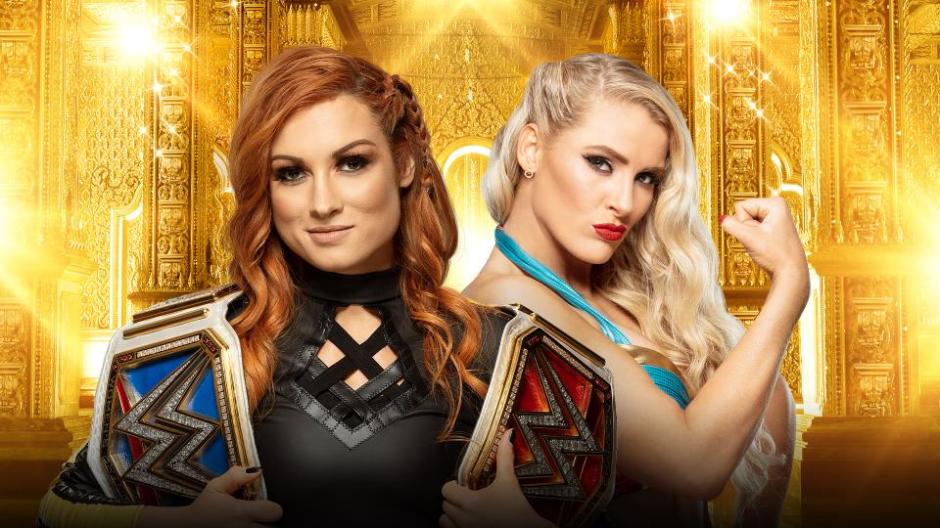 As stated above, I’m predicting Lacey Evans to win the RAW Women’s Championship tonight. Look, this isn’t a pick where I’m confident that it will happen, or even necessarily that I think WILL happen. Instead, this is one of those picks you make just because you HOPE for it. I WANT Lacey to win the title.

I’m biased here sure, and I make no bones about it, I LOVE Lacey Evans. She has been a breath of fresh air not just in the women’s division but on RAW as a whole.

She’s not yet a fantastic wrestler. She maybe hasn’t “earned” the championship, and thus won’t be getting that stupid “you deserve it” chant. But WWE decided to make her first feud in the company be against the Women’s Champion, and I don’t think she should lose her first feud.

Lacey is one of the highlights of RAW each week. Here’s someone who actually has a character, and actually nails that character. Lacey owns it every-time she is on the screen. Her character work is phenomenal. She has scripted promos like everyone else, yet she’s one of a very few in the company who isn’t generic cookie cutter when it comes to promos, interviews, and anything that isn’t directly related to wrestling moves.

I’m rooting hard for the Lady tonight, it’s time to bring some class back to RAW.

This is a solid field. Would be better if Baron Corbin were replaced by Robert Roode, but eh.

I don’t think Finn Balor, Randy Orton, Ali, Baron Corbin, or Ricochet have very much of a chance at winning. Of those, I think Randy has the best shot.

So that leaves us with Drew McIntyre, Sami Zayn, and Andrade.

I want Drew McIntyre to win it, I think he deserves it, and I do believe he will win. With that said, I think Sami Zayn has a pretty good shot and wouldn’t be surprised to see him get it. Of course his inclusion could just be a way to tease him getting it only for him to be thwarted and taken out by Strowman, but I hope not.

Part of me thinks Sami could win, Owens could fail to capture the WWE Championship, and then Sami could cash in tonight and defeat Kofi with Owen’s help. I know “but he’s on RAW,” and to that I say so are the Usos, but they’re still wrestling for the Smackdown tag titles. I don’t think it matters anymore, unfortunately.

I also think Andrade has a pretty good chance, and I would be more than okay with that. I’m excited that there’s several ways it could go, and doesn’t appear to be a case of this guy is 100% winning it. Still, I’m picking Drew. 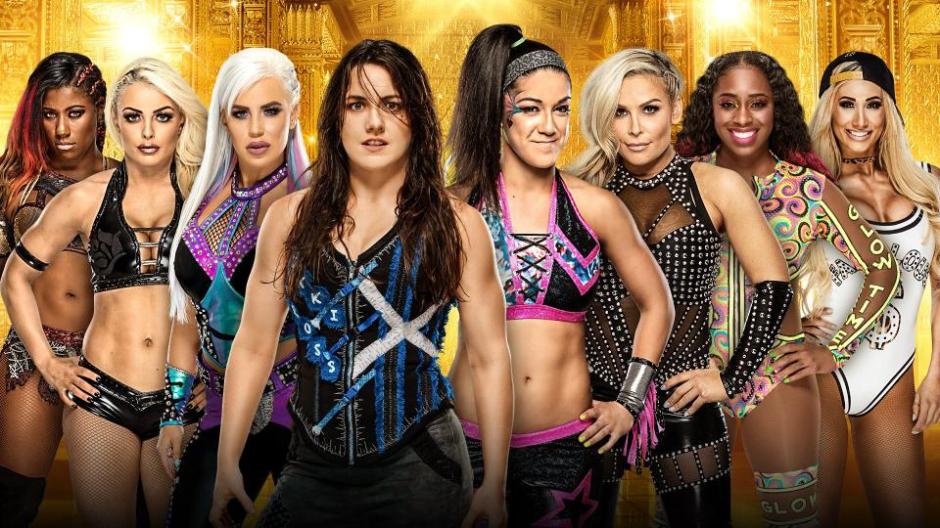 Talk about nothing happening MITB match.

Alexa Bliss was pulled because she wasn’t cleared to wrestle. Supposedly. Part of me wouldn’t be surprised if Nikki wins and then gives the briefcase to Alexa, but that sounds so stupid on so many levels.

I don’t think Natalya, Naomi, Carmella, or Dana Brooke have a chance of winning. That’s half the field.

I think Nikki has a decent shot, but I put her fourth here. WWE seemingly didn’t even care about her until this past week, so I don’t think she’s in it because WWE suddenly decided they wanted to push her.

That gives the best chance to three women from Smackdown. Bayley is of course a fan favorite, but I’m not seeing it. I don’t think it would be a good thing for her to have a cheap championship opportunity.

With that said, I’m down to two choices, Ember Moon and Mandy Rose. I want it to be Ember Moon. I don’t necessarily believe she should be needing a cheap championship opportunity either, but I like her a lot and think it’s about time she gets a good push.

The most likely winner I see is Mandy Rose. I think she makes a great threat for Becky and could have some great cash-in tease moments. She’s a natural heel, and the gimmick fits her better than anyone else in this match. I love Mandy too, so I’m more than ok with her getting the win here.

Quick Predictions for the rest of the card:

Money In The Bank airs tonight LIVE on WWE Network and Pay-Per-View beginning at 6pm CT. The Kickoff Show gets underway at 5pm CT.

What do you think will happen at tonight’s event? Let us know your predictions in the comments below.