Team up with the global player base to meet mega-goals and unlock rewards. This week you’ve got to take out 7,500,000 Adaptoids to earn a new Hulk nameplate.

Priority Missions have modifiers that will challenge even the toughest Super Hero. Your first weekly completion of these missions earns you unique gear you won’t find anywhere else.

Day of the Remains

This week’s modifiers include:

Weekly Rewards: As you progress through the Mega Hive, rewards start as basic resources a small chance of cosmetic drops. The more missions you survive, the resource drops increase, as does your chance at gear and minor artifacts. As you near the final mission, you’ll see artifacts more often, and increased chances of patterns/nameplates. When you complete all eight Mega Hive missions you’ll be rewarded with exclusive goodies reserved for this gauntlet, including a significant amount of rare resources.

Check it out! New to the Marketplace this week is Thor’s Legendary “Bounce” Emote, Ms. Marvel’s Epic “Pizza Dough Has it Rough” Takedown, and Black Widow’s “Fear Itself” Outfit, among others! 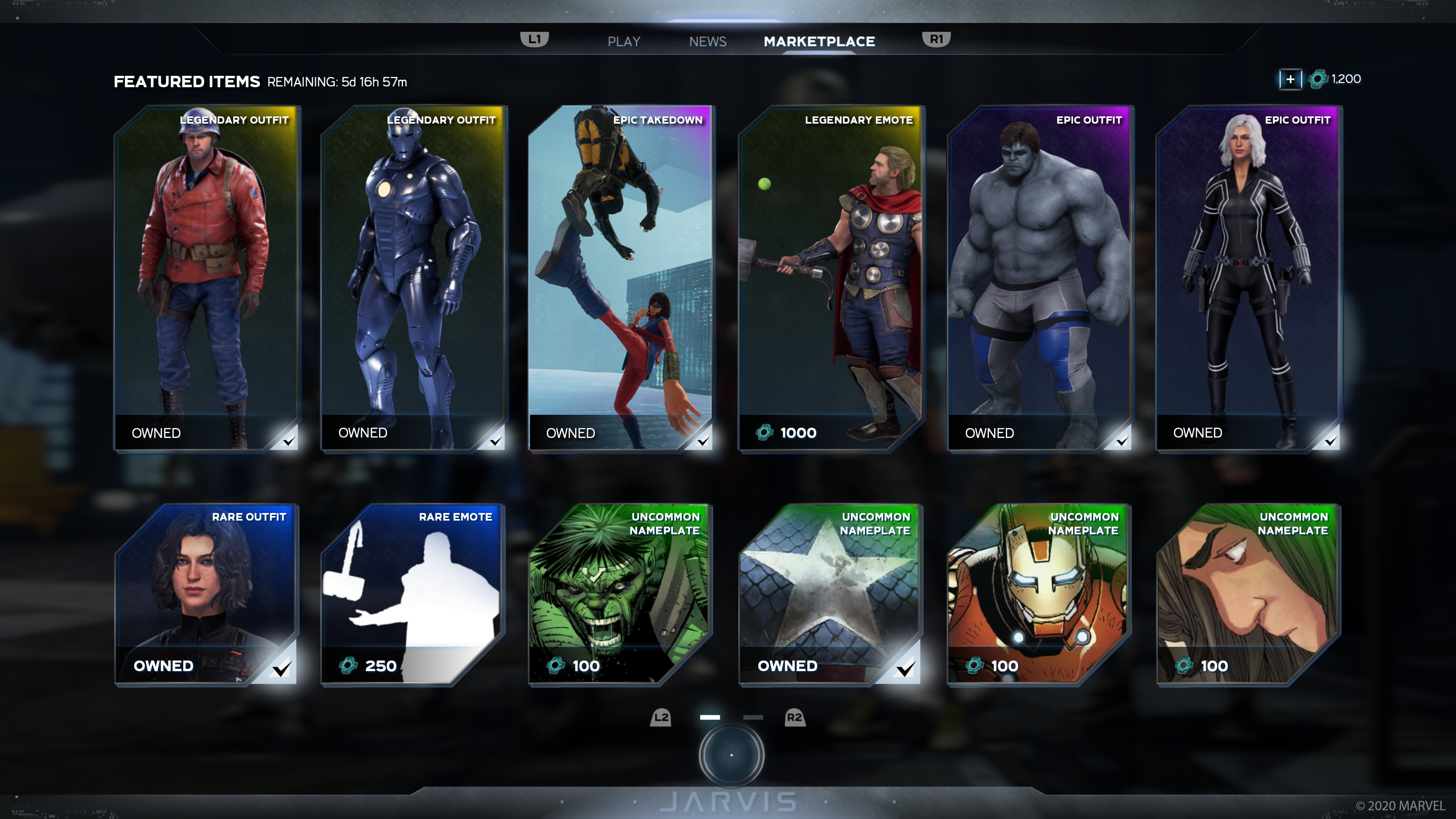 We released a small patch on 10/1 for PS4 & Xbox  (V1.3.2) which prevents a rare issue that could cause some players to lose progression. We’re testing our next patch, which will address ongoing bugs as well as introduce new content and requested features. We will keep you updated on the timing of the patch!