Since there have been gaming consoles, there have been golf games for those consoles. While I don’t ever watch golf on TV, I do enjoy playing it (for real on occasions, though it’s been a while since I’ve done it) and on consoles. We’re nearing the one year anniversary of the release of PS4 and Xbox One, and thanks to HB Studios we finally have a golf game to play on the new systems. Thankfully, it’s also a good golf game.

The Golf Club doesn’t feature any real golf courses or players, nor does it have a ton of customization options. But that’s okay because The Golf Club is more focused on the game of golf than the bells and whistles that accompany EA’s PGA series. To that end, the game can cause more frustration than fans of golf games are accustomed to. Most golf games have given players a meter; one for power and another for accuracy. The Golf Club doesn’t give you a meter of any kind.

You swing with the right stick. Your power will depend on how far back and how fast you push the stick back up, with accuracy depending on whether or not you push the stick straight back up or go off to either side. You know how far you are from the flag, and how far your club can hit the ball, plus the wind speed and direction, so you can estimate how much power you need to put into a shot.

Actually pulling off hitting the power that you want can be tricky, but with practice you’ll get the hang of it more. Would it have been nice to have the option of having a meter and just using X swing by stopping it in the right spot? It absolutely would have, but as is the controls would nice with practice. Putting will take the longest to really get the hang of. 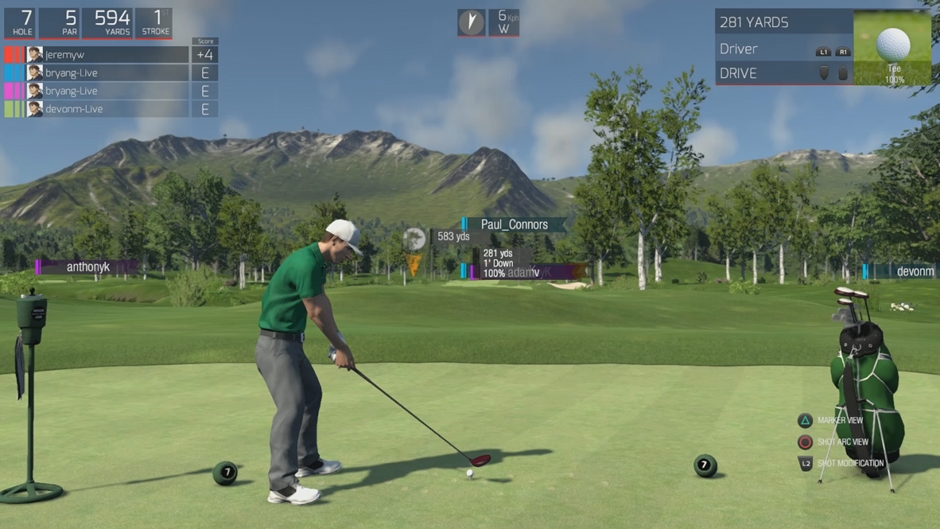 The game features local multiplayer, but for online the multiplayer is asynchronous. You can play against the ghost balls of friends and rivals, or you can play “live” against another player. The beauty of the multiplayer though is that even if you’re playing live with friends online, you can drop out and when you come back later you can pick up right where you left off.

You’ll be playing against your friends ghost balls then. Playing 18 holes with four people taking turns can take a while, so seeing live and ghost balls allows friends to play together without it requiring a time commitment.

For me, and I suspect a lot of other folks, the big thing is the games course creator. The Golf Club has an extensive and easy to use course creator with the ability to edit every facet of your course and easily publish it. So while The Golf Club doesn’t feature real courses, there’s nothing stopping folks good with the creator skills from making their own versions.

For that matter, there’s always a new course to play on (and favorite if you enjoyed it) and you always have the option to make your own course (which randomly generates and then you’re free to edit as much as you want).

I’ve never been really good at creating stuff using creation tools in video games. To their credit, HB Studios has made it really easy for anyone to create their own course because everything is so easy to understand (it also doesn’t hurt that you’re not starting from a blank canvas). 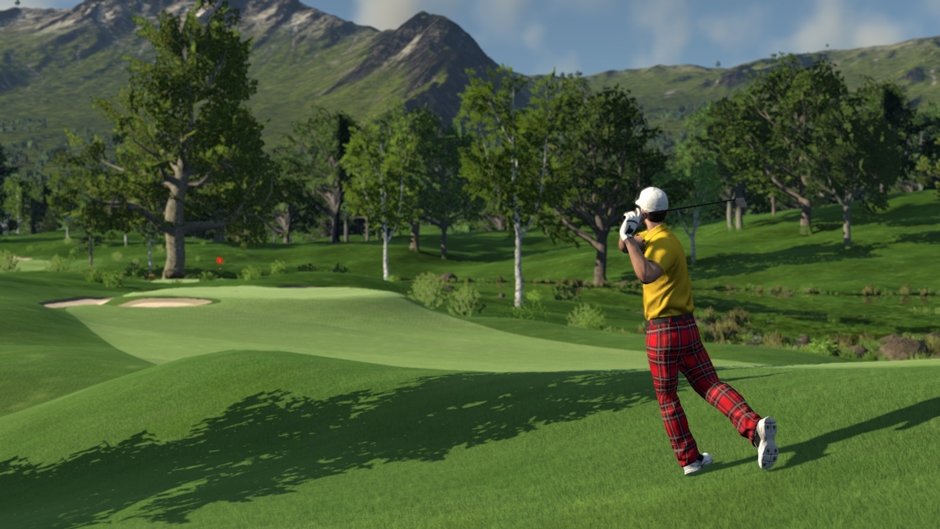 The Golf Club is currently the only golf game available on the new systems, so if you own a PS4 or Xbox One and you have an itch for golf, The Golf Club is your only option until Spring 2015 when EA Sports drops their next PGA game.

Luckily, The Golf Club is a really good golf game available for a decent price ($35), so if you enjoy golfing from the comfort of your own, definitely pick this up.

It’s sub-par on customization at the moment, and while you can play a tournament there is no career mode, but it does the actual game of golf justice. With the extensive course creator, there’s more than enough content here to justify a purchase at the price.

The Golf Club gets a three out of five: GOOD.

* A PSN code was provided by the publisher for review.