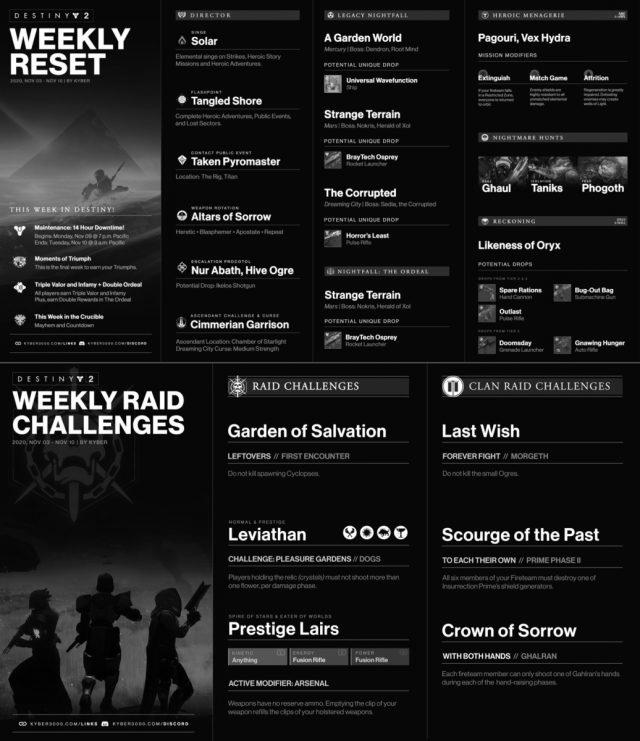 Guardians, it is practically time! This is the final week, ultimately, of Season of Arrivals.

Following Tuesday, at reset, Beyond Light launches and also with it Period of the Quest begins.

You have until 9pm CST on Monday, November 9th to finish up anything from Period of Arrivals or anything including the material that is going into the Destiny Web Content Vault. Less than a week.

That’& rsquo; s due to the fact that at 9pm CST on the 9th, Fate 2 will be taken offline for upkeep and also this will be a 14-hour downtime. The video game will certainly not return on the internet until 11am CT on November 10th when Beyond Light releases.

It’& rsquo; s go time, if you have stuff to finish after that get it done ASAP.

This week attributes raised Infamy ranks all week long as well as Double Benefits from Nightfall: The Experience. Ranch those products.

The other modifier’& rsquo; s rotate daily, look into the Daily Reset Thread for them!

This manager goes down: